These Ohio rivals hook up on Friday night going in different directions. The Indians are fresh off a road series split with the White Sox, while the Reds stumble home after dropping a pair of series at Arizona and San Francisco.

Cincinnati's offense took a hit on its road trip, but has looked solid when playing at Great American Ballpark this season. Cleveland faced four tough pitchers in Chicago, including getting no-hit on Wednesday. With two average pitchers on the mound tonight, expect the bats to bust out in this Buckeye State battle. 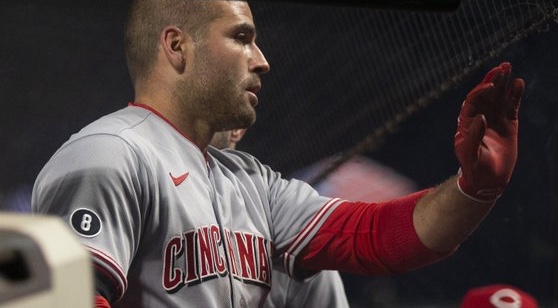 Cincinnati enters its Friday night game against Cleveland going OVER the run total in five of its last six home games. (AP)

Cincinnati hosts Cleveland on Friday Apr. 16, 2021 for this NL vs. AL game that is scheduled for 19:10 local time at Great American Ball Park.

Cleveland currently sits in second place of the AL Central standings with a 7-5 record. The Indians sit just 0.5 games behind the first place Kansas City Royals.

Cincinnati is currently tied in first place of the NL Central standings with the Milwaukee Brewers. The Reds are 7-5 overall this season, winning five of their last six games at home.

Cleveland beat the Chicago White Sox in its last game, winning 4-2. The Indians split the series with Chicago 2-2. Cincinnati is on a current two-game losing streak, dropping back-to-back games to the San Francisco Giants. The Reds have lost four of their last five games.

VIBONUS for Royals vs. Tigers at fubo!