Two weeks of the XFL season are in the books and I really enjoyed the action again although although I came out of it with a 2-2 record. Through two weeks, I sit at 4-4 with my "Best Bets" and after watching eight games, I believe I have a very good grasp going into these Week 3 matchups.

New future odds for the XFL were posted and you can see by viewing the below numbers that the projections have changed quickly over two weeks. The Houston Roughnecks come ranked first and they sit at 2-0 and after two dominating performances and the offense has scored 65 points through two games. They're currently 2/1 (Bet $100 to win $200) co-favorites to win the XFL title. Along with the Roughnecks, the DC Defenders are also 2-0 and they sit at 2/1 odds as well. Quarterback Cardale Jones has been arguably the best player in the XFL this season and he's looked electric in the two victories.

When it comes to disappoinemnt, Tampa Bay leads the charge. The Vipers opened up the season as one of the favorites (5/1) to win it all and were road favorites in both games this season. Tampa has had the worst offense through two games this season scoring just 12 points in two games. Right behind the Vipers is Los Angeles, who sits as the longest of long shots at 25/1.

The top meets the bottom in Saturday's first game as Houston heads to Tampa Bay as a road favorite. The Vipers were slotted as one of the top teams in the XFL and favored in both of theie first two games. Now, they're close to to a touchdown underdog at home. The betting public is leaning heavy to Houston and I sense a letdown here since this is the second of back-to-back road spots for them and also the home opener for Tampa Bay. I'm going to buy the bounce back from Tampa and take the points wiht the home squad.

I believe the second matchup on Saturday has plenty of value for bettors. Seattle cashed for us last week at home and you could hear a definite homefield advantage for the Dragons, similar to the Seahawks of the NFL. I believe the XFL needs this market to be successful since it has a nice televisiuon draw and also a good attendance turnout. Dallas will be facing its second straight road trip after winning at Los Angeles in Week 2. Renegades QB Landry Jones didn't impress me in his debut and I see this game coming down to a field goal in a super low-scoring affair. We will gladly take the points here and ride with the Dragons of Seattle as home 'dogs on Saturday.

St. Louis has started the season as an underdog in each of its first two games and it owns a 1-1 record. The Battlehawks won their first game at Dallas (15-9) but were humbled 28-24 at Houston in Week 2. They did manage to cover against the Renegades with a late touchdown, improving to 2-0 for bettors. QB Jordan Ta’Amu ranks second in the XFL in passing yards (493) and touchdowns (4). New York looked absolutely horrid in its 27-0 loss at DC in Week 2 but this team has talent and this line is just way to high no matter who is at quarterback for New York. I think we see a competitive game with St.Louis winning but New York keeping it close and giving us a needed cover.

From what I can see, the last game of the XFL weekend will be an absolute annihilation. The LA Wildcats have been lost on offense and their defense is a complete mess. QB Cardale Jones has looked like an MVP, tossing for 511 yards in his first two starts. I expect him to have a huge day against this LA defense, plus I believe the DC defense will have a field day against the quarterbacks of Los Angeles. DC head coach Winston Moss has the team fired up and the confidence for the club is growing. Normally I do not like laying points on the road but here I will make the exception as we back the DC Defenders -8 here on the road. 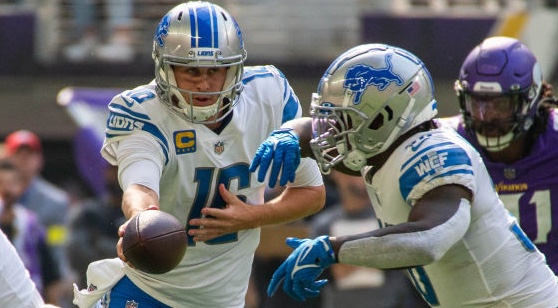