Ninety-seven weeks is a long time to stew about anything, but that's precisely how long it's been since Rams HC Sean McVay and his QB Jared Goff were thoroughly flustered by Bill Belichick and the New England Patriots in Super Bowl 53.

There is no doubt that McVay and Goff have had days in the 680 they've had between Patriots games thinking about what could have been on that February day, but they've got a shot at some kind of redemption this week as they host the Patriots.

Belichick's game plan in that Super Bowl was masterful, and he understands that he probably can't consistently rely on going back to that well in this meeting and expect the same results. Tossing some curveballs to keep young QB's guessing has been the backbone of Belichick and New England's success over the years when facing younger QB's.

But Goff and the Rams have almost had two full NFL seasons under their belt since then, and things are quite different for the Patriots this time around as well.

So in this unique travel spot where the visiting Patriots haven't had to travel at all on a short week – they've stayed in L.A. after beating the Chargers 45-0 on Sunday – the betting markets have already shown their hand in supporting New England against the number.

Not having to travel and off a 45-point win is about as positive as a scenario as it gets for a road team on TNF, so the move from New England opening at +6/6.5 to +4.5/5 currently is hard to ignore.

But should it still be followed? Faded? Or ignored? 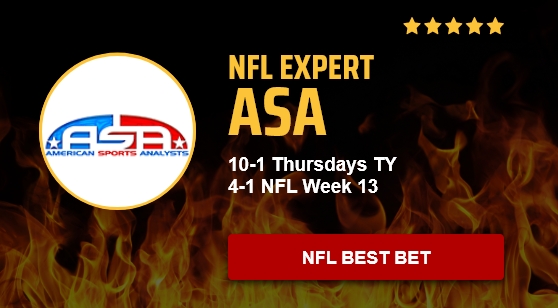 The interesting thing about the Patriots blowout win over the Chargers on Sunday is the fact that it was really handed to them on a silver platter by the Los Angeles special teams. Fourteen of those 45 points came directly off special teams plays – 70-yard punt return, blocked FG try returned for a TD – well at least one other New England score was set up after a long punt return as well. Chances are that's not going to happen again for New England this week.

But the favorable spot of not having to travel, playing at the same stadium, etc. has to be considered beneficial for the Patriots regardless, and it is something I do think works in the favor of New England offense for this game.

For all of the talented names the Rams have on defense, they've still allowed 25.14 points per game against anyone in the NFL not named Chicago or residing in the NFC East. Only one of those seven foes for the Rams were held below 23 points, and the other two AFC East teams L.A. has faced this year (Buffalo, Miami) both beat LA and put up an average of 31.5 points in doing so.

The counterpoint there is that both those losses to AFC teams came on the road for the Rams, and at home they've been a dead 'under' team, going 0-5 O/U this season with an average total score of 35.8 points per game, and having not one of those contests finish with more than 43 total points; below this current number.

But thanks to the uniqueness of the no travel spot for the Patriots, none of the minute advantages home teams can even enjoy this season – possible quick body clock adjustment to travelling through time zones, sight lines and familiarity with stadium – are not existent either with New England being where they are for the better part of a week now.

That doesn't particularly lend itself to an 'under' look in my opinion, especially when Patriots road games this year have averaged 49.16 points per game in “normal” road situations for New England.

On the flip side, simply from a competitor standpoint, you know that McVay and Goff have to be excited to get another crack at Belichick and his defense. In various media sessions since that Super Bowl loss, McVay has discussed the fact that he was severely outcoached that day.

It likely hasn't been an every day, or every week thing in the 97 weeks that have passed between meetings, you can't convince me that McVay hasn't spent ample time in that span coming up with theories and ideas on what will work against Belichick in the next go around.

The good news for McVay and the Rams there is basically two-fold. One, it can't really go much worse than the three points they put up in the Super Bowl, but more importantly, the 2020 version of the New England Patriots defense is nowhere near as good as the 2018 version was.

Belichick may already have concepts he knows will work against McVay and the Rams tendencies, but when he doesn't have the talent that he used to in executing those concepts, things can go sideways in a hurry.

McVay has long been praised for his offensive acumen in this league, and the fact that he runs so many different plays and looks from the same base formation sets can be very problematic for opposing defenses as well. He doesn't have to worry about giving touches to a banged up RB like Todd Gurley was in that Super Bowl, and the Rams also don't have to worry about CB Stephon Gilmore locking down things in the passing game after his INT in that Super Bowl was a huge game changer. All are pluses for this Rams offense putting up points too.

Finally, I can't ignore the market read either on this total, as there has been plenty of 'under' support as well for this game. Yet, even with the betting percentages at VegasInsider.com currently showing 75%+ support for the low side of this total, it's barely budged since opening. That's always telling regardless of the specific scenarios for a given game, and if the Patriots bettors believe this is such an advantageous spot for New England sans travel, correlating with the 'under' is a hard concept for me to agree with.

Yes, the Super Bowl tape speaks plenty about Belichick's understanding of how to slow down a McVay-led offense, but can you trust New England's defense to execute at similar level despite not nearly being as good?

Or can you trust New England's offense not to put up 25+ themselves in such an advantageous travel spot? I've got a tough time answering “yes” to either of those questions, especially with how many points this Rams defense has allowed on a weekly basis against average or better teams.

Throw in the idea that McVay's made no secret about how he's kept himself up at night at various times through these past 97 weeks thinking about what he could have done differently in that Super Bowl against New England, and it's taking the high side of this total that makes the most sense.

Patriots vs. Rams
Handicapping the Side

The uniqueness of a no travel TNF game on the road for New England was enough off the bat for me to not look to get heavily involved in either side no matter what other supporting evidence popped up.

Earlier in the week I discussed how good it's been fading teams off a 40+ point outburst, which would make the Rams the play here, but I do believe you've got to respect that early move towards the Patriots as well.

As someone who does prefer to have some historical concept information to rely on for any play, this no travel road game on a short week is something that's put a monkey wrench into any strong thoughts on the side either way.

New England needs every SU victory they can get right now to have any shot at hanging around in the AFC playoff race, while the Rams are fighting tooth and nail for a NFC West crown.

And for as much as I may or may not believe McVay has obsessed over getting another crack at Belichick after Super Bowl 53, he'll be just as content after this game with a four-point win as he would with one by seven or more.

If the spread climbs back up to +6 or higher range (highly unlikely), I'd probably grab those points with New England if forced to make a choice, simply because if the thought process is McVay's spent nights dreaming up schemes that will work against Belichick, the Patriots' coach been around long enough to get to feasible counters quick enough to at least keep this game tight.

But this game landing right around the range of where it opened and where it currently sits would not be surprising at all, and why force that kind of sweat on yourself. Teasing New England up and through +7 and +10 makes quite a bit of sense too for those that have other teaser legs in mind this week. 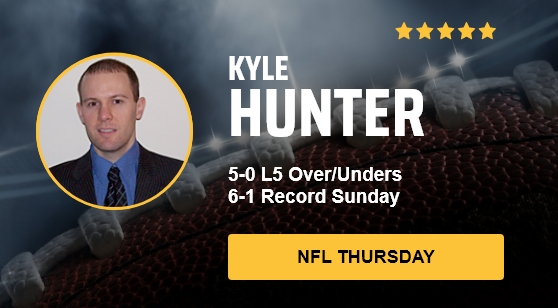 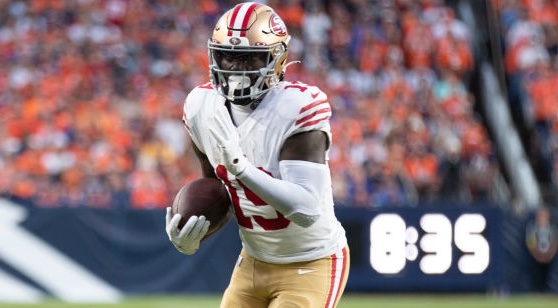