It’s been 26 years since the Buffalo Bills last won a playoff game, and quarterback Jim Kelly was under center the last time the Bills picked up a postseason win.

Bills QB Josh Allen is looking to break that long drought against the Indianapolis Colts in the first game of Wild Card Weekend. 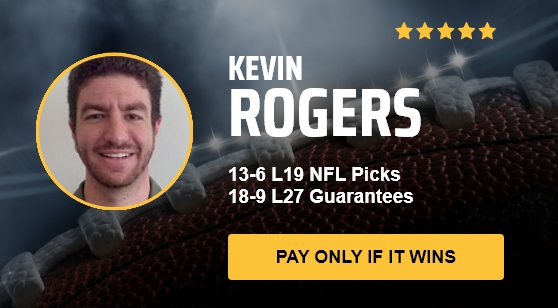 How to Handicap Colts vs. Bills

To say Buffalo ended the season on a high note is an understatement. The Bills won nine of their last ten games and covered their final eight games to lock up the No. 2 seed in the AFC. Buffalo has won six straight games by double digits, and although five of those victories came against teams that missed the playoffs, the Bills did knock off Pittsburgh 26-15 in Week 13.

The Bills decided not to rest any of their starters in Week 17 against the Dolphins. Buffalo trounced Miami 56-26 to go into the postseason on a high note. Isaiah McKenzie had a career-best performance with two receiving touchdowns and a punt return touchdown in the span of seven minutes in the second quarter, and Antonio Williams iced the game with two fourth quarter touchdown runs.

Indianapolis went 6-2 over the second half of the season to grab the last playoff spot over Miami. The Colts needed the Bills to win last week in order to make the playoffs though, as they did not hold the tiebreaker with any of the other teams vying for postseason berths in the AFC. Indy only managed to go 7-5 in the conference with losses to Baltimore, Cleveland, and Tennessee.

The worst team in the league flirted with keeping the Colts out of the playoffs in Week 17. Jacksonville beat Indianapolis in Week 1, and the 1-14 Jaguars shook off a 20-0 deficit to trail by just six points with the ball in Indy territory midway through the fourth quarter. The Jaguars weren’t able to get into scoring position though, leading to a Jonathan Taylor game-clinching touchdown with under four minutes left.

Josh Allen has been incredible this season. Allen has shown that he has the arm talent to succeed in the NFL after largely relying on his legs in his first two years. The 2018 first-round pick from Wyoming silenced his doubters by completing over 10 percent more of his passes for 1.2 YPA more than he did in 2019 with 17 more touchdowns to boot.

He was rightly selected to represent the AFC in the Pro Bowl after completing 69.2 percent of his passes for over 4,500 yards with 37 touchdowns and 10 interceptions in 2020. Additionally, Allen ran for 421 yards (4.1 YPC) and eight touchdowns.

His development has helped make Buffalo the second-best offense in the NFL according to the basic numbers. Of course, Allen isn’t the only reason for that improvement though. Head coach Sean McDermott is one of the best offensive minds in the game, and Buffalo struck gold by trading for Stefon Diggs in the offseason.

Diggs led the NFL in receiving this season. He is almost guaranteed to be a First Team All-Pro in 2020 after hauling in 127 passes for 1,535 yards and eight touchdowns. Diggs’ presence ended up being a rising tide that lifted everyone else resulting in Cole Beasley nearly topping 1,000 yards this season too.

Keep an eye on 2020 fourth-round pick Gabriel Davis out of UCF in the playoffs, as he has emerged as a big play threat over the last six games with 16 receptions for 314 yards and four touchdowns in that span. Diggs, McKenzie, and Beasley are all questionable to play on Saturday, but only Beasley’s availability is really in doubt.

Buffalo’s defense has not been as solid as it was in 2019. The Bills are a middle-of-the-pack defense, but they have been better against the pass (6.5 YPA, 9th in the NFL) than the run (4.6 YPC, 26th in the NFL). The absence of Star Lotulelei has hurt this interior line, and the defensive ends haven’t been great in run support.

Tre’Davious White is still a top cover corner though, and Tremaine Edmunds and Matt Milano are solid linebackers. 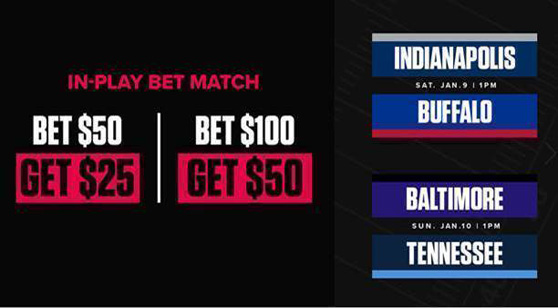 QB Philip Rivers’ play was merely decent through the first half of the season, but he shifted into another gear over the second half of 2020. Rivers threw 14 touchdown passes against four interceptions while averaging 7.9 YPA or more in six of his last eight starts.

However, he wasn’t as sharp in his last two games. While his performance against Pittsburgh wasn’t bad considering he was sacked five times in that game, Rivers once again posted subpar numbers against lowly Jacksonville in Week 17.

Rookie RB Jonathan Taylor was able to come into his own as well later in the year. After splitting carries with Nyheim Hines and Jordan Wilkins through the first two months, Taylor ran for at least 74 yards with 4.1 YPC in each of his last six games.

Although Taylor missed one game due to COVID, he still managed to finish third in the NFL in rushing yards (1,169 yards) after running for 253 yards and two touchdowns against the Jaguars last week.

The offensive line is one of the best in the business, allowing the immobile Rivers to only be sacked 19 times. Quenton Nelson and Ryan Kelly are two of the top interior linemen in the league, but standout left tackle Anthony Castonzo is on injured reserve.

Indianapolis’ run defense is the best in the AFC. The Colts are surrendering just 3.7 YPC and 90.5 YPG on the ground per game due mostly to DeForest Buckner. Buckner has proven to be worth a first-round pick as we saw Indy’s front seven get shredded in the one game he missed.

He leads the Colts with 9.5 sacks and 13.5 TFL. Darius Leonard has done a great job this year too with 9.5 TFL, seven passes defensed, three forced fumbles, and three sacks.

The Colts hammered the Bills 37-5 in their last meeting two years ago.

For those who don't recall, neither Anderson or Luck are in the NFL anymore.