It’s Week 2 of the preseason! That means it’s time to see our favorites players suit up more along with watching the key plays that will affect pivotal roster decisions. The Patriots are coming into this game 1-0 with a strong 22-13 victory against The Washington Football Team while the Eagles are coming in 0-1 after a 24-16 loss to the Steelers.

In game number one, the Patriots had a couple of impressive standouts including fourth-round rookie Running Back Rhamondre Stevenson who ran 10 times for 127 yards and two touchdowns. The Eagles most impressive player was surprisingly Joe Flacco, who led the second team to a 79-yard touchdown pass, completing 10 of 17 passes for 178 yards on the night. While Jalen Hurts still has his starting job secured, that was probably the best performance we’ve seen from Flacco in a while. 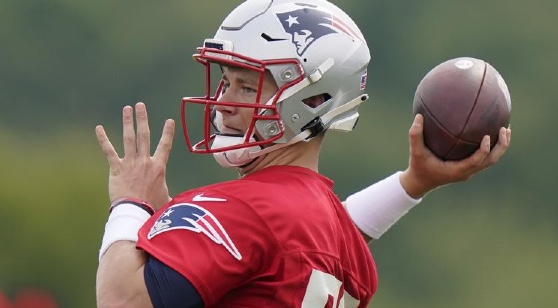 With handicapping preseason games the two biggest things you need to focus on are playing time and depth. How long are coaches gonna play their starters and how good are these teams’ second and third units? The Patriots have shown, at least in game 1, that the depth is definitely there. Cam Newton will once against start the game off but the real star of the show for Patriots backers will be rookie first-round pick Mac Jones who completed 13/19 passes for 97 yards along with an 82.0 passer rating in his debut, which leads all rookies. This means that when both teams start pulling their starters, the Patriots will be putting in their future starting quarterback to get him as much usage as possible.

On the Eagles side of the ball, I expect Jalen Hurts to get a longer leash this time around after a somewhat uninspiring preseason debut. Every single quote out of NFL insiders seems to be indicating that the respect for Hurts goes up on a daily basis and he’s truly a winner over the locker room. I think the Eagles first squad is actually gonna take off to an early lead but when it becomes a battle of depth and the end of the roster I’m siding with the Patriots. I think this will actually be a really close game but when it boils down to future franchise quarterback Mac Jones vs Veteran backup Joe Flacco ill side with the up and comer.