Kansas City is back on the road against another NFC West opponent after slipping past San Francisco last week.

Chiefs' head coach Andy Reid told the media he will play his starters for perhaps the entire first half in the dress rehearsal game of this three-game preseason.

The Arizona offense didn't do much in last week's victory over Dallas, as Cardinals' coach Kliff Kingsbury hasn't stated how long his starters will play, if at all. 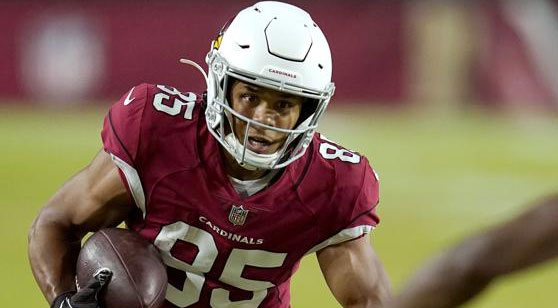 The Cardinals edged the Cowboys in their preseason opener as Arizona hosts Kansas City on Friday. (AP)

The Cardinals edged the Cowboys, 19-16 on last-second, 47-yard field goal by Matt Prater to barely cash as 2.5-point favorite.

Arizona scored only one touchdown and kicked four field goals in the victory, as star quarterback Kyler Murray sat out, along with wide receiver DeAndre Hopkins.

The Cardinals were led by veteran quarterback Colt McCoy, who finished 6-of-7 for 69 yards and former CFL standout Chris Streveler, who threw for 104 yards.

The Chiefs won by the same exact score at San Francisco, 19-16 as 2.5-point underdogs. Patrick Mahomes completed one of two passes for four yards as Kansas City played four quarterbacks.

Kansas City is seeking consecutive wins in the preseason for the first time since 2016.

Chiefs’ HC Andy Reid on how much he will play his starters Friday night at Arizona against the Cardinals in a game on ESPN: “We’ll go a half, somewhere there about, with the starters, and then the twos and threes will take the second half.”