No matter what people think, Trevor Lawrence will be the starting quarterback in Jacksonville when the season begins.

Lawrence should get more reps on Monday at New Orleans as the Jags are flipped from a favorite to underdog this week after losing in Week 1 of the preseason.

The Saints turned the ball over six times last week at Baltimore and surely they will want to fix that, but I'll take the points with Jacksonville on the road. 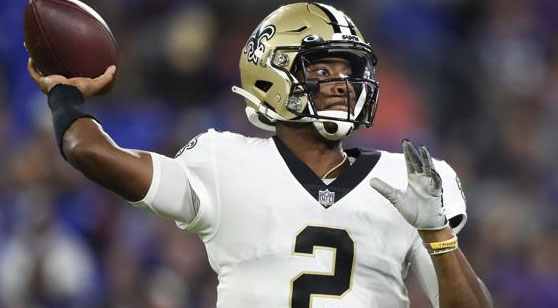 Jameis Winston and the Saints seek their first preseason win against the Jaguars. (AP)

The Saints have begun the post-Drew Brees era with Jameis Winston looking to take over the reins at quarterback.

The former top pick from Florida State threw for 96 yards, one touchdown, and one interception in a 17-14 defeat at Baltimore last week.

Each New Orleans quarterback (Winston, Taysom Hill, and Ian Book) all threw one interception apiece, while the Saints were outgained on the ground, 149-94.

Jacksonville ushered in the Urban Meyer era with a 23-13 defeat to Cleveland last week as three-point favorites.

Top draft pick Trevor Lawrence completed 6-of-9 passes for 71 yards, but the Jacksonville defense yielded 319 passing yards to Cleveland in the loss.

Payton said Jameis Winston is starting this week against Jacksonville.