The Vikings haven't shown anything offensively through two preseason losses as they head to Kansas City to close out the exhibition campaign.

Minnesota will sit a number of starters and while Kansas City's plan isn't out there for how long they play its starters, the Chiefs have performed better through two games than the Vikings have.

Expect these teams to get through this game to limit the injuries and be a low-scoring affair. 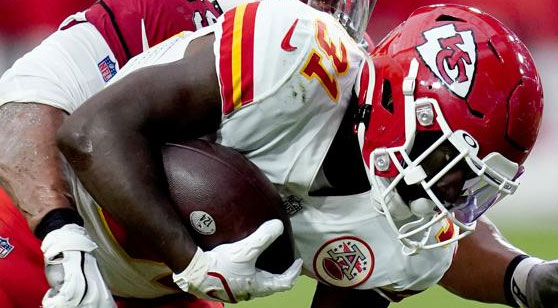 The preseason wraps up for these teams on Friday night as Minnesota seeks its first win, while Kansas City owns a 2-0 mark in exhibition play.

The Vikings have normally been a reliable team to back in the preseason under head coach Mike Zimmer, but Minnesota has scored only six points in two losses to Indianapolis and Denver.

Minnesota's offense has not scored a touchdown in the preseason, as the Vikings had an interception return for a score in a 12-10 setback to the Colts last week.

Kansas City has gone the other way by winning its two exhibition contests, while allowing a total of 26 points in road wins over San Francisco and Arizona.

Mike Zimmer said "some" starters will play Friday @ KC but that the Vikings won't see everyone on offense due to a couple injuries. Adam Thielen will not play, per Zimmer. Asked whether Danielle Hunter/Patrick Peterson will play, Zimmer said "it will be similar to last week."