After three-and-a-half weeks of relatively mundane NFL action, the preseason will finally conclude on Sunday night – as the Browns will visit the Falcons for the final matchup on the league’s slate before Week 1 officially kicks off.

On the other hand, the Browns opened the preseason with a pair of noteworthy victories over the Giants and Jaguars – as Cleveland’s backup quarterback, Case Keenum (21-29, 189 YDS), emerged from the shadows and adequately filled in for Baker Mayfield as he continued to receive some much-needed rest ahead of his team’s dreaded Week 1 road trip to Kansas City.

I’ll lay the points with Cleveland here, as Mayfield is finally expected to make his preseason debut for the undefeated Browns on Sunday evening (2-0) – and despite Atlanta recently adding Josh Rosen to its quarterback arsenal, I still believe Cleveland possesses considerably more talent up-and-down its roster than Atlanta currently does. 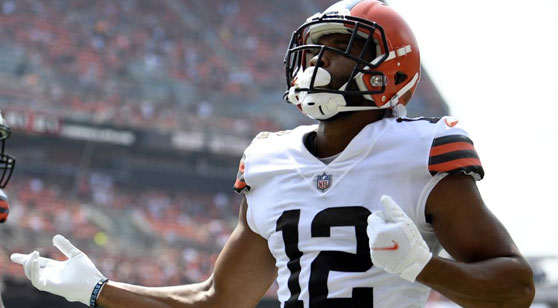 The Browns seek a perfect 3-0 preseason mark with a victory over winless Atlanta on Sunday night. (AP)

After opening the preseason with some surprisingly underwhelming numbers (5-15, 79 YDS), McCarron suffered a season-ending knee injury during the first half of Atlanta’s latest bout against Miami – in turn, leaving the Falcons’ backup quarterback job wide open for several candidates to claim.

It seems like Rosen currently possesses the best opportunity to slide into that role though, considering Atlanta almost immediately forked out a one-year deal to the former first-round pick once the news about McCarron’s knee became official – especially after how poorly the other quarterback on their roster, Franks, played in his first two preseason outings (6-18, 82 YDS).

The Browns, on the other hand, appear to be sitting rather comfortably in the backup quarterback department, considering Keenum is one of the most talented second-stringers in the league – and could probably compete for a starting job on a few different teams, if he so desired.

Six points may feel like a hefty total to lay in a contest containing such little relevance – but barring a pair of extraordinary performances from Ryan and Rosen early, the Browns should comfortably win this game.