Friday night’s thin betting board for college basketball does offer an ESPN2 doubleheader in the MAC and Atlantic 10.

The early game pits the Buffalo Bulls on the road against the Kent State Golden Flashes. The final game on Friday’s schedule sends the VCU Rams to St. Louis to square off against the Billikens.

The Bulls’ current straight-up winning streak reach three games with Tuesday’s 72-59 victory against Ball State. They improved to 8-5 in MAC play. Even with the cover as four-point home favorites, they are 3-4 against the spread over their last seven games. The total has stayed UNDER in their last seven contests. Buffalo is 17-9 SU with a 11-13-1 record ATS.

With Tuesday’s 70-49 drubbing at the hands of Eastern Michigan, Kent State has now lost three of its last four games SU. It failed to cover as a 2 ½-point road favorite to fall to 1-4 ATS over its last four games. The Golden Flashes (17-9 SU) have actually failed to cover in eight of their last 11 games to fall to 11-12-1 ATS on the year. The total has stayed UNDER in four of their last five outings.

-- The Bulls are 4-1 both SU and ATS in their last five road games. They have a SU 7-3 record in their last 10 games on the road with the total staying UNDER in the last four road outings.

-- The Golden Flashes have a SU 8-2 record over their last 10 games at home while going 6-4 ATS. Yet, they have failed to cover in four of their last five home games with the total staying UNDER in three of those contests.

-- Kent State snapped a SU four-game losing streak to Buffalo with the earlier win. The Bulls still hold a slight SU 6-4 edge over the last 10 games with the series tied 5-5 ATS. The total has stayed UNDER in four of the last five meetings.

The Rams are playing themselves out of the NCAA Tournament with a three-game losing streak both SU and ATS. They failed to cover as three-point home underdogs in Tuesday’s 66-61 loss to Dayton. VCU is 17-9 SU overall with a 9-17 record ATS. The total has stayed UNDER in its last two games after going OVER or ending as a PUSH in its previous five contests. The Rams have averaged just 67 points over their last five games. They allowed an average of 72.8 points during the same span.

Saint Louis has not helped it cause with one SU win in its last four games while going 2-2 ATS. It came up short on Tuesday as a three-point road favorite in a 67-63 loss to UMass. The Billikens are 18-8 SU (13-12 ATS) and they have matched VCU’s conference record of 7-6. The total has gone OVER in four of their past six contests.

Junior guard Jordan Goodwin is the team’s leading scorer this season with 15.7 PPG. He has eclipsed that average in each of his last four starts, including 22 points in Tuesday’s losing effort.

-- The Billikens are 8-2 SU in their last 10 games at home and they have covered in two of their last three home games. The total has gone OVER in three of the last four games played at home.

-- VCU has won eight of its last eight games against Saint Louis SU with a slight 5-3 edge ATS. The total has gone OVER in the last two meetings after staying UNDER in the previous eight. 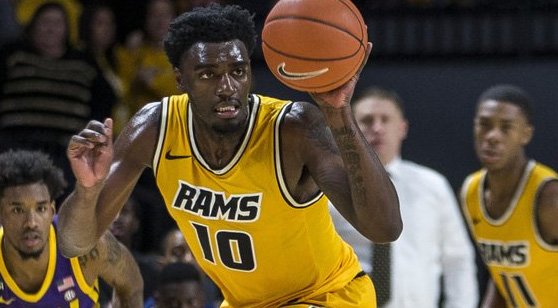