The 2021-22 NCAA men's basketball season begins on Tuesday, November 9 as 358 schools will have the chance to begin their March Madness resumes.

Prior to every season, we poll our stable of College Basketball Experts on VegasInsider with their predictions on the upcoming season.

For this consensus predictions piece, we focused on the three most popular betting markets in the college hoops and received picks from 11 VI Experts.

Let’s take a closer look at the NCAA Basketball Predictions for the 2022 regular season. 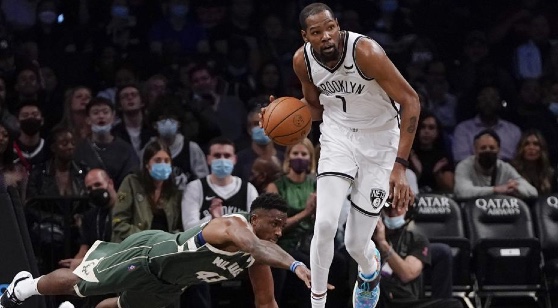 The Gonzaga Bulldogs are the favorites to win the National Championship at +600 to start the 2021-22 season. (AP)

Gonzaga is the heavy favorite this season, although the championship has avoided Mark Few and the Bulldogs on multiple occassions. Ironically, Big Ten favorites the Michigan Wolverines have ths second-highest odds to win the championship despite the lack of success the conference has in capturing the title as well.

In fact, the last Big Ten team to win the National Champsionship was actually Maryland when they were still in the ACC. Our handicappers do like Villanova and Texas as possible threats to both Gonzaga and Michigan.

Duke might be the most talked about team this season, mainly because its the last season for historic coach Mike Krzyzewski. Duke is favored in a competive ACC this season, and many expect the Blue Devils to be a relevant squad in Coach K's final tenure.

Purdue is a sleeper for many, performing well a season ago and returning key players in both the front and back court. Trevion Williams is a force in the paint while guard Ivey was one of the fastest growing players last season in terms of skill. He enters his second season as a leader after learning how to become one under Williams in 2020.

Villanova has had the most recent success of the schools our handicappers feel have the best chance to cut down the final nets. As mentioned, the Big Ten and Gonzaga both struggle historically to finish the tournament all the way - while Jay Wright's Wildcats have won multipel championship over the last few seasons.

The feel good story will be Duke however, with added attention to the man who will take over Coach K's role in Jon Scheyer. If the story becomes and inspiration rather than a distraction, Duke should be a top team this season behind the play of Paolo Banchero.

Ochai Agbaji will be askded to carry the majority of the Kansas workload this season, as will Michigan's Dickinson. Gonzaga has two top players to watch in Timme and Chet Holmgren. The Bulldogs have the most weapons of the top teams entering the season, but are not as deep as they were a season ago.

To no surprise, Timme and his trademark moustache were the top selection among our expert handicappers. He showed out during the tournament last season and plays in a conference he should see stats fill up in. His teammate Holmgren is a popular choice as well, entering with better value but still not great considering his teammate is the favorite.

Both Marcus Carr and Collin Gillespie are two of the most talented and experienced players in the country. GIllespie is on a mission after suffering an injury a year ago, while Carr is looking to re-establish himself as one of the best guards following an up-and-down career in Minnesota.

The Big Ten is riddled with dominant big men, as both Dickinson and Kofi Cockburn are at the top of the list. With Ayo Dosunmu now gone, expect Cockburn to be the main source of points for Illinois. Not listed but who should also be considered is Purdue's Williams and Ohio State's E.J. Liddell.

Another popular choice that's not listed is Johnny Juzang of UCLA. He showed how lethal of a scorer he is during the tournament, but health becomes an issue. UCLA saw a fair amount of injuries last season and Juzang has a history of getting hurt.