ESPN’s Big Monday lineup features a Big 12 showdown between the No. 24 Oklahoma Sooners and the No. 10 Texas Tech Red Raiders. Game time from United Supermarkets Arena is set for 9 p.m. (ET).

WHERE TO BET OKLAHOMA-TEXAS TECH

The Red Raiders get the nod at home in this matchup as -4.5-point favorites. The betting line for the total has opened at 138 points.

Oklahoma’s straight-up winning streak moved to five games with Saturday’s five-point upset over Alabama as a +3.5-point home underdog. The Sooners have covered against the spread in their last six games and the total has stayed UNDER in five of their last seven contests.

Head-to-head in this conference clash, Oklahoma has lost five of its last six games against Texas Tech SU. However it has covered in the last three with this season’s two-point loss at home as a +2.5-point underdog.

Texas Tech beat LSU by five points on the road in its SEC/Big 12 Challenge matchup on Saturday. Closing as a -3.5-point favorite, this was just the third cover ATS in its last 12 games.

The total has gone OVER in six if its last eight outings. The Red Raiders are 7-3 SU in their last 10 games against Oklahoma. The total has stayed UNDER in the last five meetings. 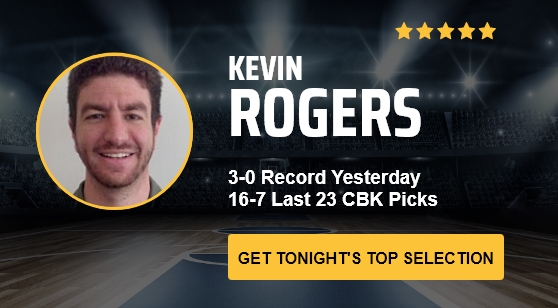 De’Vion Harmon scored 18 points in Oklahoma’s upset over Alabama. The sophomore guard is second on the team in scoring this season with 13.1 points per game.

The Sooners were without guard Austin Reeves as their top scorer (15.8 points). He remains sidelined due to Covid-19 protocols along with guard Alondes Williams. Forward Brady Manek is the third player in the lineup averaging at least 11 PPG.

Oklahoma is scoring 76.9 PPG while shooting 44.4% from the field. That number drops to 34.2% from three-point range. Before scoring just 66 points on Saturday, the Sooners scored at least 75 points in each of their previous four games.

They have allowed an average of just 60.8 PPG during their current five-game winning streak. This compares to a points-allowed average of 67.3 on the year.

The Red Raiders got past LSU with a late scoring flurry led by Mac McClung. The junior guard ended the game with 22 points while shooting 42.9% from three-point range.

McClung has now scored 22 points or more in each of his last four starts to raise his team-high scoring average to 17.5 PPG. He is shooting 44.4% from the field. Guard Terrence Shannon Jr.is next on the list with 13.6 points a game.

Texas Tech is averaging 75.5 PPG and hitting 43.9% of its shots from the field. It has now scored 76 points or more in seven of its last eight games.

The team is pulling down 36.5 rebounds a game led by forward Marcus Santos-Silva with an average of 6.4. The Red Raiders are holding opposing teams to 62.2 PPG.

The first meeting remained close to the final buzzer and I would expect Monday’s rematch to come down to the wire again. With Reeves likely out of the lineup again, Oklahoma will need another big effort from Harmon and Manek.

I would give the edge in scoring to Texas Tech at full strength. While the Red Raiders should come away with the SU season sweep, Oklahoma takes the series ATS in another tight loss.

If the Sooners are going to have any shot of keeping things close on the road, it is going to take another strong defensive effort. The recent trends in this series favors the UNDER and I'm leaning that way again for this Monday’s matchup.