The Musketeers are looking to bounce back after a shocking 69-65 loss at Cintas Center in Cincinnati against DePaul, falling outright as a 14-point favorite. Xavier is now just 2-3 SU across the past five games, and 5-5 SU over the previous 10 outings while going just 2-8 ATS during the span. The offense has really hit the skids lately, as Xavier has scored 68 or fewer points in five of the past six outings.

On the flip side, the Pirates of SHU are flying high after spanking Creighton by a 74-55 margin to easily cover a five-point spread. After a pair of losses to St. John's and Georgetown, Seton Hall is 2-0 SU/ATS and looking to use that Bluejays win as a springboard into this one as the teams jockey for seeding heading into the upcoming Big East Tournament. This is an important game, as the top five seeds in the Big East avoid playing in the first round of the conference tournament, and both of these teams are right on the line.

The Musketeers have really struggled against the number lately, going just 1-7 ATS in the past eight games overall. The only cover was a 74-64 win at Creighton on Jan. 29. Xavier has scored just 66.8 PPG across the past six outings, too, which is more than six points lower than the team's season average.

Xavier has also posted a 1-6 ATS mark in the past seven games against teams with a winning overall record, while going 1-5 ATS in the past six games following a non-cover.

The Pirates are coming off one of the most impressive victories of the season with a 74-55 win over Creighton, handling its business as a five-point favorite. The 55 points allowed were the least amount since coughing up 44 points against Yale back on Nov. 10 in the second game of the season.

The UNDER has connected in 20 of the past 28 games overall, while the OVER has cashed in four of the past five games against winning teams. 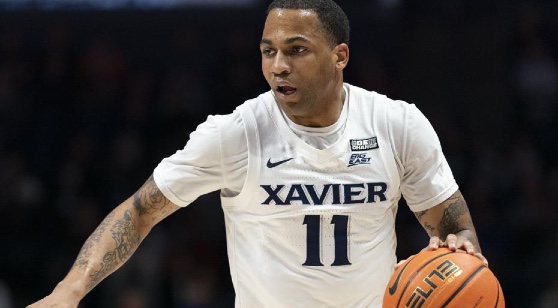 The Musketeers have managed to cover just one of the past eight games overall. (AP)

Xavier hits the road to take on Seton Hall for the first time this season. The Pirates are in a good place right now, but they'd be even better if Bryce Aiken (concussion) was in action. He has been sidelined since Jan. 15 due to a concussion suffered against Marquette. He is a question mark for this one. Kadary Richmond has stepped up in Aiken's absence, though, going for 12.3 PPG, 6.0 APG and 4.3 RPG across the past three outings to lessen the blow.

The Musketeers have really been struggling against the number, and Xavier bottomed out with a loss at home to DePaul, who would be in the basement if not for Georgetown. All is not lost for Xavier, however, as it is still just one game back of UConn for third place in the Big East. And remember, fifth-place or higher gets your a bye in the first round of the Big East. I think Seton Hall takes this one, however, as it is playing just much better basketball lately, and the Pirates get the Musketeers at home. It will be close, but look for Seton Hall to get it done. Don't mess with the points, though, as this one should be close. Play the money line, which is moderately priced.