The Wildcats were humbled Jan. 25 at UCLA, falling 75-59 as three-point favorites. The Wildcats have rattled off four consecutive victories since that blowout loss, including a revenge rout of UCLA on Feb. 3 by a 76-66 score at McKale as a 6.5-point favorite.

Arizona picked up a 91-79 win at Arizona State as an 11.5-point favorite, barely covering, as the OVER connected. That OVER snapped a 4-0 UNDER run for the Wildcats. Arizona had six scorers with 10 or more points in the win over Arizona State last time out, including 19 points and 11 rebounds against Azuolas Tubelis, while Oumar Ballo came off the bench with 13 points and 10 boards.

Washington State has picked up five consecutive victories since a 62-57 loss at home against Stanford on Jan. 13, covering three of the past four outings. The Cougars also hit the OVER last time out, snapping a 6-0 UNDER run. Washington State didn't play its best game against Cal, hitting just 40% (22-of-55), but it saved itself with just nine turnovers while hitting 48% (10-of-21) from behind the 3-point line.

Arizona has rattled off four straight wins, and victories in nine of the past 10 games overall. However, the Wildcats have cashed just twice in the past five outings, while going 5-7-1 ATS across the past 13 games overall.

The Wildcats have covered in six of the past eight games, however, while going 4-0 ATS in the past four appearances on a Thursday, for whatever that's worth. Arizona is 1-3-1 ATS in the past five games following an ATS win, so it hasn't been stacking covers lately.

In this series, the favorite has cashed in 17 of the past 22 meetings. Arizona has won four straight meetings, going 3-1 ATS during the span while splitting the OVER-UNDER 2-2 during the stretch. Arizona is also 7-3 ATS in the past 10 meetings in this series, with the UNDER 6-3 in the past nine meetings. Washington State has lost nine straight home games to Arizona, going 1-8 ATS. The Cougars haven't won against the Wildcats on its home court since Feb. 6, 2010, a 78-60 win as a 2.5-point favorite. 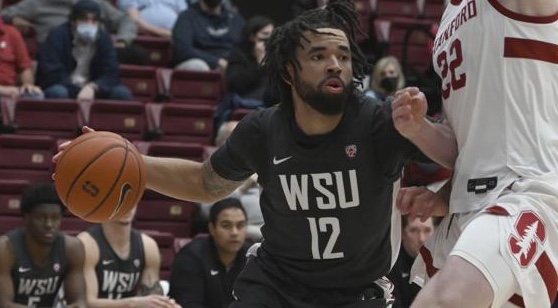 INSIDE THE STATS - WASHINGTON STATE COUGARS

The Wildcats head to Pullman looking to maintain their mastery against the Cougars, particularly on the road. Washington State hasn't won on its home court against Arizona in over 12 calendar years. The Cougars had a shot when Arizona was down for the past couple of years, but the Wildcats are back and showing no signs of letting up. In other words, don't expect to see the losing streak for Washington State end on Thursday.

The favorite has covered in 17 of the past 22 meetings in this series, and that's good news for Arizona backers. In addition to that trend, the UNDER has been the dominant trend for both teams. Look for all of those trends to continue, as Arizona wins in a lower-scoring game in Pullman. Same as it ever was.