The Iowa Hawkeyes enter this matchup after an 84-79 home loss to the Michigan Wolverines. Poor 3pt shooting by the Hawkeyes was the main contributor to the loss, shooting 44.3% (31-70) from the field, 22.2% (4-18) from beyond the arc and 65% (13-20) from the free throw line. Iowa was able to hold the Wolverines to 20% shooting from three but allowed 50% shooting from the field. Prior to the loss, the Hawkeyes were on a three-game winning streak and are currently eighth in the Big-10 with a 7-7 conference record.

The 18th ranked Ohio State Buckeyes dominated in their most recent performance against the Minnesota Golden Gophers with a final score of 70-45. Offensively, the Buckeyes shot 43.5% from three, 49.1% from the field, and won the rebounding battle 36-29. On the defensive side of the ball the Buckeyes held Minnesota to 30% shooting from the field, 26% from three, and forced 13 turnovers. Ohio State has now won three of their last four and are currently third in the Big-10 with a 9-4 conference record. vThe first meeting between these teams was scheduled for February 3rd but was postponed until Saturday (2/19) because of travel cancellations for Iowa. Ohio State has not lost at home this season, so it's tough to think that the Hawkeyes will win this game outright. However, I think Iowa’s high-octane offense takes this one down to the wire. Rolling with the Hawkeyes and the points in this one.

Iowa has been profitable ATS this season with a 14-11 ATS record. The Hawkeyes have struggled covering lately, going 2-4 ATS in their last six games. The total has gone over in 18 of the Hawkeyes 25 games played, including four of their last five road games. Going against this trend, the total has gone under in four of the last five games when Iowa is on the road against Ohio State. 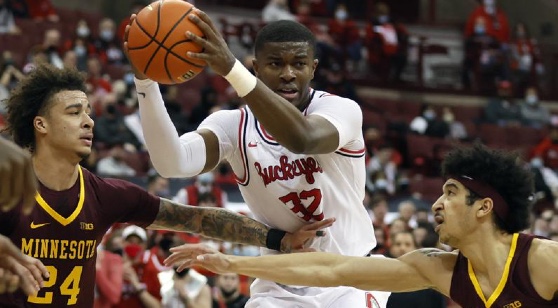 The Hawkeyes struggled badly from three in their most recent game, while Ohio State is coming off an impressive 25-point victory over Minnesota. This one should be back and forth throughout with potential for a very high scoring game. I like Iowa to get their shooting back on track and keep it close enough to cover, if not win outright. Backing Iowa and the points.