Game 1 of the ALDS matchup between the Chicago White Sox and the Houston Astros is set for Thursday, October 7 for an afternoon start time of 4:07 p.m. ET.. The game will air on FS1 from Minute Maid Park in Houston, Texas.

Two of the oldest managers in baseball will look to lead their teams to the American League Championship Series when the Houston Astros and Chicago White Sox meet in the AL Divisional Series. Dusty Baker was hired to clean up the image of the Astros’ organization, while the White Sox brought in Tony La Russa to take the team to the next level.

Houston won its first five games against Chicago this season. The Astros swept the White Sox in a four-game series at home in mid-June, and they won the first game of their return series on the 'South Side' a month later before losing the next two tilts.

The Astros are more proven in the postseason, and that will make a huge difference in the first game of this series. Houston has been here before and won’t shy away from the moment, whereas Chicago is still a relative newcomer to the playoffs with this bunch. 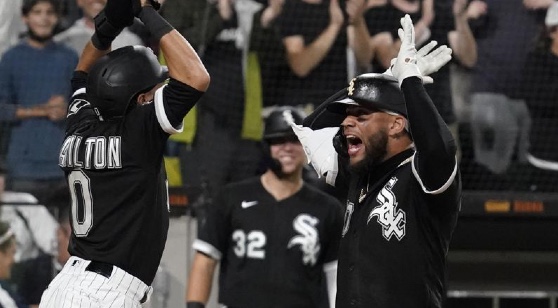 The Chicago White Sox have won six straight games when playing at night after losing the game prior. (AP) 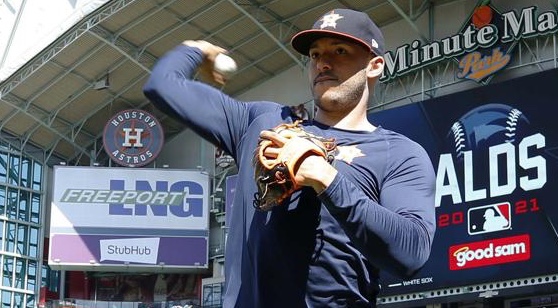 The favorite has won five straight games played between the Chicago White Sox and the Houston Astros. (AP)

Either Lance Lynn or Lucas Giolito will get the start for the Chicago White Sox in Game 1. La Russa said he would probably name the starter on Wednesday afternoon, but he might wait a little later to keep Houston guessing.

Lynn has been solid for the White Sox after being acquired from the Texas Rangers last December. He is 11-6 with a 1.07 WHIP and a 2.69 ERA this season, and he has a 10.1 K/9. Lynn was shelled in his one start against the Astros this year, allowing six earned runs in four innings on June 19. Giolito was the worst pitcher in baseball in 2018. Since that point, he has established himself as a fringe ace. He hasn’t posted a WHIP above 1.10 in any of the last three seasons, and his ERA has remained very consistent too. In his one previous start against the Astros, Giolito had one of his best outings. He tossed a complete game and allowed just three hits and one earned run.

The White Sox are happy that Luis Robert was able to return to the team in August. Robert was sidelined by over three months due to injury, but he hit the ground running upon his return with a 1.041 OPS in August and a 1.031 OPS in September. He could be the breakout star of October given his hype and recent performance.

Yasmani Grandal has been one of Chicago’s best bats this season with a .939 OPS in 2021. Jose Abreu took a step back after winning the AL MVP, but he is still a solid bat for the White Sox. Tim Anderson is one of the most feared leadoff hitters in the league, and he led the team in Offensive WAR.

Houston will give the ball to Lance McCullers Jr. for Game 1. McCullers has been the Astros’ best pitcher this season. He has a 13-5 record with a 1.22 WHIP and a 3.16 ERA. His 10.3 K/9 is the best among starters, as the Astros don’t make a lot of batters miss.

This is a veteran lineup full of players that have been here before. Houston probably has the most intimidating 1-7 of any team in the postseason, as the five best hitters each have at least a .830 OPS and Michael Brantley and Alex Bregman aren’t far behind them.

Carlos Correa led the team in WAR this season, posting a 7.2 WAR. Kyle Tucker’s .917 OPS was tops on the team, and Jose Altuve and Yordan Alvarez both hit at least 30 home runs.

The Astros know they need to lead before the eighth inning as Liam Hendriks has been one of the best closers in baseball this season.