The NLDS begins with the Atlanta Braves heading to Wisconsin to take on the Milwaukee Brewers from American Family Field. The opening pitch is set to take place at 4:37 p.m. ET and will air on TBS from Milwaukee, Wisconsin.

Old baseball fans will happily point out that the Atlanta Braves are returning home for the first two games of their National League Divisional Series against the Milwaukee Brewers. The Braves played in Milwaukee from 1953 to 1965, winning the 1957 World Series. That’s something the Brewers have yet to accomplish since they came to Milwaukee in 1970.

NL Cy Young favorite Corbin Burnes was a no-brainer to take the mound for the Brewers in Game 1. He has been lights out for Milwaukee all season long, and he will lead his team to a win over the Braves in Game 1.

Neither team is likely to have more than a handful of runners cross the plate. Milwaukee has the worst offense of any team that made the postseason, while Atlanta has not been the same without Ronald Acuna, Jr. Acuna had a .990 OPS before his season was ended early with an injury. 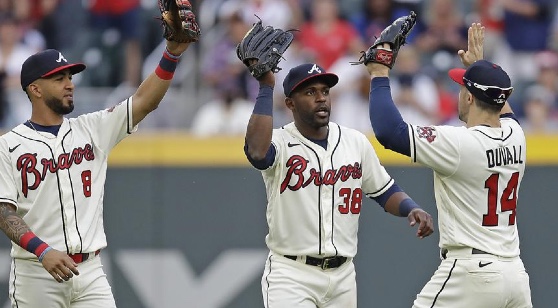 The Atlanta Braves have lost three of their last four games when facing the Milwaukee Brewers. (AP) 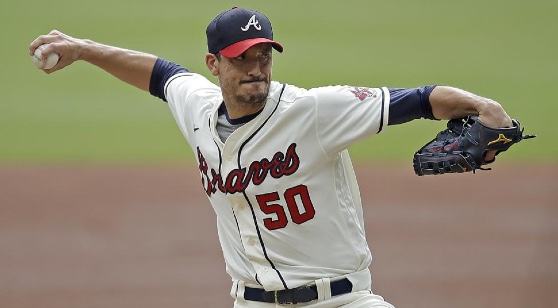 The Atlanta Braves will start Charlie Morton in Game 1, who has seen 21 strikeouts over his last three outings. (AP)

His one previous start against Atlanta on July 30 was a disaster, but Milwaukee won 12 straight games with Burnes on the bump before Saturday’s loss to the Dodgers.

The Brewers have been unable to hit the ball well this season. Milwaukee’s best bat has belonged to Willy Adames, who suddenly caught fire when he was traded away from Tampa Bay. Adames played less than 100 games with the Brewers, but he led the team with a 3.5 Offensive WAR and an .886 OPS.

It’s been a disappointing season for Christian Yelich. Yelich was an NL MVP in 2018 and probably would have won the award again in 2019 if not for a fractured kneecap in early September. He had a rough 2020 campaign, and he finished this year with a career-low .736 OPS.

Eduardo Escobar has given this lineup some pop since being added from Arizona at the trade deadline. Escobar has an .800 OPS since joining Milwaukee, and the Brewers are counting on him this postseason.

Atlanta will ask Charlie Morton to steal the Braves a victory in Game 1 of this series. Morton will turn 38 next month, but he has made a career for himself as a reliable veteran that can give teams quality innings in the postseason.

Morton finished the regular season with a 14-6 record. His 1.04 WHIP and 10.5 K/9 were best among starters on the Braves, and he also posted a 3.34 ERA. He was solid in his one outing against Milwaukee this year, allowing two earned runs in six innings.

The Braves have primarily relied on three bats since Acuna’s injury. Freddie Freeman has come on strong after a slow start, and he has an .896 OPS. His 31 home runs are the second-most on the team.

Austin Riley has been the best hitter on the Braves this year. He leads the team with a .303 batting average, 33 home runs, and an .898 OPS. It’s been a breakthrough year for the 24-year-old, and the only thing he can’t do is steal bases.

Jorge Soler was acquired from the Kansas City Royals at the trade deadline. Soler has thrived in Atlanta with 14 home runs in 55 games to post an .882 OPS. He strikes out a ton, but that’s okay if he can keep hitting long balls at this rate.