The Houston Astros head to Atlanta, Georgia to take on the Atlanta Braves in Game 3 of the World Series. The Astros were able to tie the series at 1-1 in Game 2, as opening pitch for Game 3 is set for 8:09 p.m. and will air on FOX from Truist Park.

Taking the Atlanta Braves and the under didn’t work out on Wednesday night, but it’s the right play once again in Game 3 on Friday night. Max Fried was shelled by the Houston Astros in Game 2, giving up five earned runs in the first two innings, but Ian Anderson should fare better for Atlanta. Anderson is more of a proven commodity than Luis Garcia, and The Battery will be rocking as the Braves host their first World Series game since 1999.

Atlanta’s best hitters will come through in Game 3 after striking out 12 times on Wednesday. Additionally, the Braves should finally get some breaks to go their way at home. The umpires did not help them with balls and strikes in Houston, leading to a +1.88 run differential for the Astros per Umpire Scorecards. 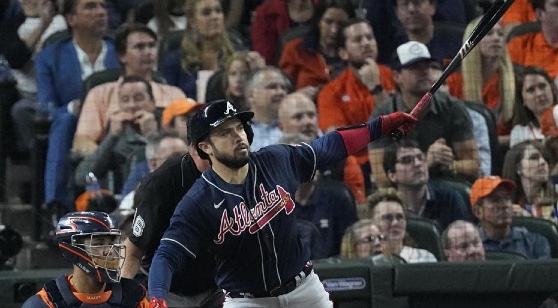 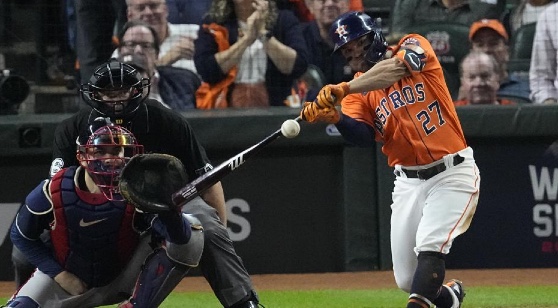 The Astros have gone OVER the run total in nine of their last 11 games. (AP)

Anderson has had a strong postseason. He wasn’t at his best in Game 2 of the NLCS against the Los Angeles Dodgers, but he was great in his other two starts. Overall, Anderson has a 1.08 WHIP and a 2.25 ERA this postseason.

Anderson has lowered his walk rate too. He had one of the higher walk rates among quality starting pitchers in the regular season, but he is now walking a batter once every three innings in the playoffs. That is necessary against a team like Houston that has one of the best walk rates in baseball.

Travis d’Arnaud has struggled throughout the postseason, but he had a multi-hit game on Wednesday. That’s good news for Atlanta, as the Braves really need some help at the bottom of the order. Eddie Rosario has been superb with a 1.173 OPS, but the only other person with an OPS over .800 is Freddie Freeman.

Freeman has recorded eight hits in Atlanta’s last six games after being held without a hit in the first two games of the NLCS. He has also drawn seven walks in that stretch, raising his postseason OPS to .995. We have seen him limit his strikeouts too, as Freeman struck out 11 times in Atlanta’s first six postseason games, but he has struck out just three times in the last six games.

Garcia was rocked in his first two playoff starts. Garcia allowed eight baserunners and five earned runs in 2.2 innings against the White Sox in Game 3 of the ALDS. He followed that up by allowing five earned runs in an inning against Boston in Game 2 of the ALCS before righting the ship to close out the series for the Astros in six games.

Garcia allowed just two baserunners and didn’t give up an earned run in 5.2 innings against the Red Sox last Friday. Although he has had his struggles, he has an 11.6 K/9 this postseason and has good stuff.

Michael Brantley has five hits in this series. He is now hitting .352 for the Astros in the postseason, but he hasn’t been hitting with power. His four extra-base hits have all been doubles, making him the only Houston hitter in the top seven to not hit a home run.

Jose Altuve and Kyle Tucker are hitting the long ball. Altuve and Tucker each have four home runs, but Altuve has struggled to get on base from the leadoff spot. He has seven walks, yet he is only hitting .200 in the playoffs.

Every Houston batter except Alex Bregman was able to get on base in Game 2. Bregman has yet to get a hit in this series, and he has failed to record a hit in four of his last six games.