Don't miss out on expert NFL Super Bowl selections from Matt Blunt on VegasInsider.com. Get your expert pick!

Straight Up - SU, Against the Spread - ATS, Over-Under - O/U

I couldn't even follow my own advice from last week's piece in waiting for the NFC Championship game to conclude before taking a piece of the Buffalo Bills last week.

Couldn't have felt worse holding a Bills ticket after Green Bay lost, knowing that last week's piece outlined how at least one #1 seed makes the Super Bowl when both make the Conference Finals.

That trend continued to 25 of 26 seasons now that it's happened, although it was one of just a thing or two mentioned last week that held true to form.

Tampa Bay got to the Super Bowl after starting the year 0-1 – only the 9th team to do so since realignment and quarterback Tom Brady and the Buccaneers were just the 2nd team in the past 10 years (2011 NYG) to make the Super Bowl after having 5+ losses after Thanksgiving, and for the 3rd time in 19 years we get a Super Bowl matchup that's a rematch from a regular season game that same season.

That's not even mentioning the big “first time” that happened with the Bucs being the first NFL team to play a Super Bowl in their own stadium. Leave it to Brady to continue being responsible for firsts though.

The Bucs still have to try and dodge the fact that 23 of the past 30 Super Bowl winners since 1990 have made the playoffs the year prior, and the fact that Super Bowl QB's who threw for more TD's than their counterpart during the regular season are 6-14 SU since 2000 and 0-5 SU the past five years.

But Tampa's here, and that's all you can ask for as a player, hoping a few breaks and bounces go your way to become a Super Bowl champion.

Brady is going to historic 10th Super Bowl this week and with a 6-3 straight up record in those previous nine Super Bowls, Brady's got to be happy he's in the NFC now, as all three of those Super Bowl losses came to NFC East teams - New York Giants (2) and Philadelphia.

That being said, there are more historical perspectives to bring up for the big game to help with the handicap, as it's hard for anyone to get where they want to be without at least a little bit of help along the way.

Even the great “Tom Brady” and his six Super Bowl rings can attest to that as I'll show you in another piece on VegasInsider.com soon.

The point-spread result is split evenly at 6-6 ATS for favorites/underdogs in those 12 previous Super Bowls, with favorites alternating wins and losses the last eight tries dating back all the way to the Raiders beating Washington 38-9 as underdogs in 1983.

Tom Brady was involved in each of the two most recent occurrences, beating the Falcons and covering as a favorite in that wild Super Bowl a few years ago thanks to a walk-off TD in OT, but prior to that was their loss to the Giants in 2012 as a -3 point favorite.

Should that eight-game pattern of favorites and underdogs flipping each opportunity continue, the pattern for this year calls for Brady and the Bucs to hoist that Lombardi Trophy as the underdog, but that remains to be seen because in the history of the Super Bowl, SB participants that are attempting to repeat like Kansas City is have been successful in eight of 12 tries

Also interesting to note that in terms of SB Most Valuable Player award, three of the seven times a running back has won came in these games that were lined at -3 or -3.5, one of which came in Tampa when Marcus Allen won it in the early 1980's. 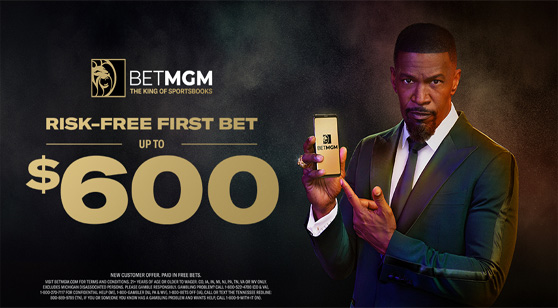 Both KC and Tampa Bay tend to prefer the running back by committee approach this year and it will be hard for any of those names to even get enough plays called for them to have a big enough impact in the SB MVP race.

But there are some juicy MVP odds out there on some of those guys, and if there ever was a time to go a little off the beaten path of “Superbowl MVP is always a QB”, a 25% connection rate (RB's have won 3 times in 12 SB games lined -3/-3.5) on a RB winning the award in this specific point-spread situation may not be a horrible idea.

Getting back to the strong run of 'overs' in these Super Bowls though, these title games with spreads of a FG have seen an average of 49 points per game scored throughout its entire history, but in four occasions since realignment, that number bumps up to 56.25 points per game (4 games), with only Brady's second loss to the New York Giants coming in below 56 total points in those four games.

Even counting the Super Bowls in the 70's and early 80's when lined NFL totals never got out of the 30's, of the 12 Super Bowls in this spread range, half of them (6) have finished with 50+ points in them, with three of those hitting in the 60's.

Given that the total for this Buccaneers/Chiefs game has spent most of the early time this week floating around at 56 or 56.5, the number is basically right on the average for these -3 lined Super Bowls.

What that does to this O/U run remains to be seen, but if you needed another reason to expect to see plenty of points in Super Bowl 55, the historical angle with this point-spread is there for more support. 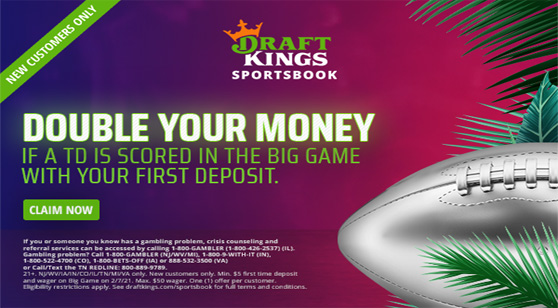 There have been seven games this season where a team was favored by -3 or -3.5 and they won straight up but failed to cover the spread or it ended as a push (tie), which translates into a win-cover percentage for favorites (-3,-3.5) at 81.8% this season.

Just something to thinking about if you're waiting for a so-called "better number" for Super Bowl 55.

Obviously another way to say that there is even more recent support for 'over' action in this Super Bowl than just the past Super Bowls with spreads of a FG, as 61 different NFL games this year closed in that range, and the 'over' cashed at a 57.3% clip. “Insert chart with 2020 games -3/-3.5 (Sheet 1 on spreadsheet with all 3/3.5 games)”

Interestingly enough, the O/U record for Kansas City in those games this year was 2-1-1 O/U after last week's 'over' against Buffalo cashed.

There was a push on 54 in a 34-20 win over Baltimore, an 'over' 54 connecting on the Chiefs 32-29 win over the Saints, and most importantly the 27-24 win over this same Tampa Bay team accounting for the lone 'under' for Kansas City in that regard.

Hard also not to make note of the fact that Kansas City went 4-0 SU in all those games as well.

On the Tampa Bay side of things, they went 1-3 O/U in games that closed with them as a favorite or underdog of 3/3.5, with last week's win over Green Bay being the lone 'over' of the season.

The 'under' vs KC was already mentioned, but a 20-19 loss to Chicago when Brady forgot how many downs were left was another one of those games for Tampa this year, while that 38-3 SNF beatdown the Saints gave them in easily cashing an 'under' ticket.

Hard not to put together the fact that Tampa Bay was 1-3 SU in those games either, and had Green Bay executed better and made some better decisions throughout that game, we could be looking at an 0-4 SU record for Tampa Bay in this point-spread range this year.

One more note on this total for the Super Bowl.