I should have known that backing (and winning) with quarterback Carson Wentz and the Eagles in their first appearance in prime time a few weeks ago would have me covering numerous prime time Eagles games shortly thereafter.

Week 7 begins with Philadelphia hosting the New York Giants in a game that I still don't understand how the NFC East continues to get these television spots, and then next week it's a Sunday Night Football appearance for Philadelphia when they host the Cowboys.

The Giants are scheduled for MNF as well next week too. For the life of me I have not seen what this division has done in recent years to continue to earn these stand alone games.

It's actually the total that I believe makes more sense to get involved with here, as I don't know how you can comfortably be confident in taking either side on the point spread right now. That's going to be a brief topic when I get to it, but regarding the total, I am leaning towards the way of this game being one of those 'sloppy shootouts' where mistakes made directly lead to points.

That's not going to be the common belief here at least from the Eagles side of things when you see their injury report, but I've got to hand it to Wentz, he's showing he cares more and is finding a way to put up points no matter who's out there with him.

Dealing with injuries on offense is nothing new for the Eagles this year, yet they've put up 23, 25, 29, and 28 points in their last four games, and have played some pretty good defenses in that stretch as well. 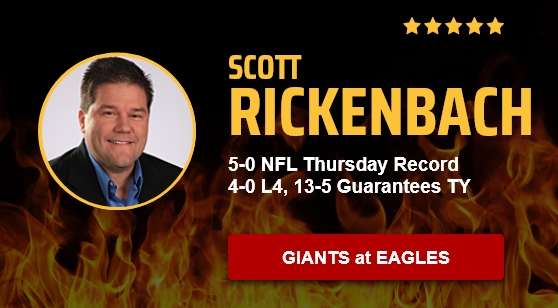 I generally want nothing to do with trusting Wentz to positively produce something, but he's trying to make it work in whatever way it can right now and I've got to respect that. He also knows this Giants personnel well, and even with a new coaching regime there, I'm not sure anything changes from a confidence standpoint in terms of moving the ball for Wentz given New York is still a 1-5 SU team this year.

A lack of familiarity and/or practice time Wentz has had with his weapons may hinder the execution of this Eagles attack – along with Wentz's usual handful of air mailed throws – but against this Giants defense that shouldn't be a huge concern.

The Giants are going to expect to be able to move the ball as well against an Eagles team that has allowed 30 or more the past two weeks, and has only given up fewer than 23 points once this year. You give the Giants 23 points here and the Eagles hold serve with what the point-spread suggests, this total starts to look a little low right?

Now, of course this could be such a bad timing situation for these two teams in it being a short week and the like, where something like a 20-14 game is what we get. But that's always going to be the risk, and when the common approach is to already not want to trust either offense here for an 'over' play, why not put a little faith out there in those guys.

They are pros after all, and somehow my trust in a guy who I've believed is highly overrated for a long time now (Wentz) was already somehow rewarded this year.

It was just a few Thursday's ago that we had a Broncos/Jets game on the card and the same hesitance to trust those offenses was the common theme. Well, a 37-28 shootout broke out that evening to easily cash the 'over', and following a similar script is the way I'm willing to bet this Giants/Eagles game plays out.

Giants vs. Eagles
Handicapping the Side

I'll have to save some of the adjectives for Wentz's play for the prime time piece next week against Dallas, but I said in the Eagles first piece earlier this year that I never really want any part of him as a favorite, and that holds true here. We've already seen an initial surge of Giants support from the opener of +6, and while it has held steady in its current range for the most part, the Giants side would be the only way I could look.

Even with New York off their first win of the year, they are still just a .500 ATS team in their last eight division games dating back to the start of last year (4-4 ATS).

Three of those four ATS wins in division play have come on the road though, and the fact that they've scored at least 17 points in all eight of those games suggests that understanding the personnel within their division is something Giants QB Daniel Jones is getting comfortable in taking advantage of when he can.

But this is still the New York Giants we are talking about, the team that coughed up a big lead to the Bears, have never really been in it against far better competition (Pittsburgh, SF, LAR), let Dallas come back to beat them with two consecutive FG's in the final two minutes, and nearly coughed up that first win they ultimately did get a week ago.

The Giants just find ways to lose as well, and that makes them an easy pass too. 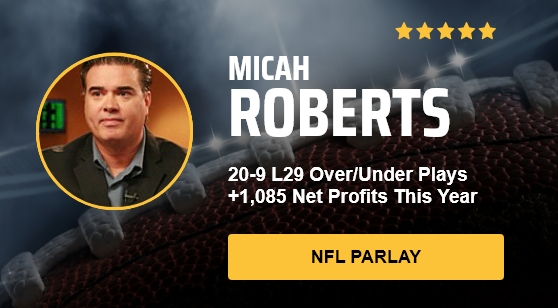