After being on the right side of things in the Los Angeles game last week for SNF, it's Round Two for handicapping a prime time Rams game as they welcome the MNF crew into town this week.

Last week I talked about how I wasn't ready to believe in this Rams team despite their 4-1 SU record because all of those wins came against NFC East foes. I see very little value in beating NFC East teams for anyone else outside of that division, and a slow and sloppy start vs the 49ers had L.A. chasing their tails uphill for the good majority of that loss to the 49ers.

But this week the Rams are at home laying chalk, against a Bears team that's got some legitimacy questions of their own about the 5-1 SU record they currently sport.

Two of those five wins were basically handed over to the Bears by the Lions and Falcons in those teams blowing big leads vs Chicago, and even a 17-13 win over the Giants – the one common opponent Chicago and L.A. have - doesn't look all that good considering Chicago was up 17-0 at the break of that game and nearly coughed it up themselves.

Wins against Tampa Bay and Carolina have been better showings for the Bears, as both came as small underdogs and in Nick Foles' second and third start with the team. So there are things pointed in the right direction for Chicago in some regards, but will it be enough to make it three straight ATS wins (and maybe SU wins) against the Rams this week? 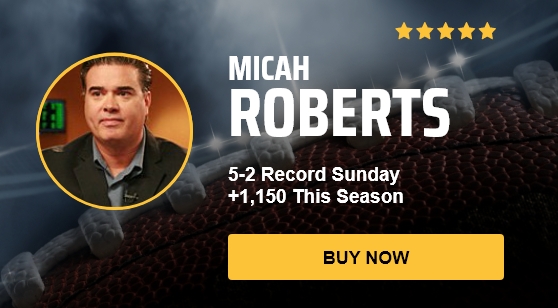 The Bears come into this game on a 0-3 O/U run as their defense has held three straight opponents to fewer than 20 points in each of those games. Chicago went 2-1 SU in those games despite not scoring more than 23 points themselves, as the move to Foles may generate the headlines at times for Chicago, but this is still a defensive-first team that expects to have their most success in these 23-20 or 24-17 type games.

The Rams are on a 0-3 O/U run as well coming into this game, as their defense has held it's own as well, allowing less than 20 to all four NFC East foes they've beaten and given up 24+ in their two defeats to the rest of the league. The Bears are considered part of the rest of the league in that equation, although they've only scored 21 or more points in just half of their six games in 2020 so far.

That being said, a couple of decent 'under' runs for both sides coming in, and the general profile of at least one team (Chicago) being a defensive-oriented one in the marketplace, has me looking at the contrarian approach for a play on going 'over' this number as the best betting option.

Yes, these two teams have met the past two seasons and played games that finished 15-6 and 17-7, but that and more importantly all the defensive metrics both sides have put up in 2020 are already incorporated into the line.

In an era where we've typically got 6+ games on a NFL Sunday having totals in the 50's, a number as “low” as 45 stands out in such a way that in the bigger picture of league wide trends this year really lends itself to looking at going 'over' this number.

And then when you see it's really been nothing but 'under' money on this game all week with the opener of 47 being steadily bet down to its current status, you realize that the general consensus on this game is related to three things. Those recent 'under' streaks both sides have had, the issues on offense both teams have had scoring points, and the recent head-to-head history between the two where we were lucky to get 20 points between the two of them.

Well, contrarian 'over' plays really don't come up that often, and for someone like myself who loves to be fading public underdogs, fading public 'unders' tend to fall in the same boat.

I get that any positive offensive numbers the Rams have put up still have to come with the qualifier that it came against NFC East teams, but this is still a L.A. squad that enters the week ranked 7th in offensive EPA/play right now, as only offensive “juggernauts” in Tennessee, K.C., Seattle, Green Bay, Vegas, and Buffalo rank ahead of L.A. in that regard.

If the Rams do indeed belong in the same offensive class as some of those teams, they'll prove it against this Bears defense who has their own legitimacy questions about what offenses they've faced, with Tom Brady and a depleted Tampa team on a short week likely being the best of the bunch.

And while the Bears may prefer to play in (and win) 23-20 type games, they know that's not realistic to expect on a weekly basis. If teams can neutralize the Rams pass rush, there are numerous ways to move the ball up and down the field on this team, and you only have to reference the 49ers and Bills games vs L.A. to see that.

Finally, we can't forget that if the Bears mantra is indeed to try and be on the right side of as many 23-20 type games as they can, that total is still just a FG shy of going 'over' this current number.

Doesn't take much in the NFL for a bounce, or penalty, or any number of things to go a certain way to lead to those extra points an 'over' ticket may need late in this game, as today's NFL has shown us that teams can go 'over' a mid-40's total almost by accident.

I believe we may see exactly that happen here. 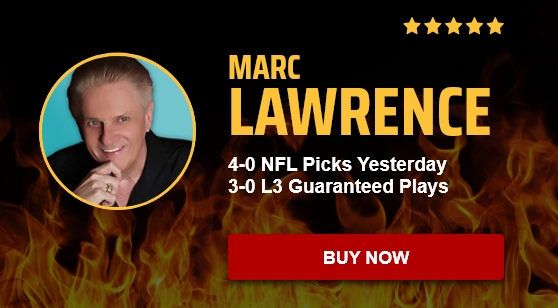 Bears vs. Rams
Handicapping the Side

The side in this game is an easy pass all the way around with the legitimacy question marks attached to both teams. I doubted the Rams were as good as their 4-1 SU record suggested last week, and nothing they did in that San Francisco game changed my view on that. Especially not enough to consider laying six points with them in this game.

And the Bears feel a lot like the Rams did a week ago, with legitimacy questions surrounding their record still largely unanswered at this point in my view.

Taking the points with Chicago could work out with the idea that it is a lot of points to give a 5-1 SU team, but when you question how “real” that 5-1 SU record is, that +6 point spread attached to their name generally looks like it is where it probably should be.

If anything, I do expect the Rams to find a way to win this game, so teasing them down or putting L.A. in a ML parlay or something like that would be the only thing I'd consider here.