The Minnesota Vikings have had a rough go of it on the road this year, as their opponents have and will consist of Green Bay, Chicago, Detroit, Indianapolis, Houston, Seattle, and Tampa Bay.

It's been a 4-2 ATS record for the Vikings in those contests though, but they'd trade that number for the 3-3 SU record they've got in those games as they'd still be in the playoff mix if that were the case.

On Christmas Day, they visit a New Orleans Saints team that they knocked out of the playoffs a year ago, and are currently struggling with the decision to free fall or not.

If Minnesota brings that defense that held quarterback Drew Brees to 208 passing yards like they did in that playoff game, it might be declared a free fall for the Saints afterwards, as they'd the one thought of locked up NFC South title would likely then be up for grabs in Week 17.

For a team that was the #1 seed in the NFC for a good chunk of the campaign.

New Orleans hasn't forgotten about how last year ended though, and getting things turned around in the right direction again against a team that just had their season ended last week is as good a spot as any to do so.

The Saints were here before too, back in 2018 after that wild walk-off TD by Stefon Diggs in a Vikings playoff win in January was followed by a 30-20 regular season win by the Saints in the regular season that fall.

Will history repeat itself here? 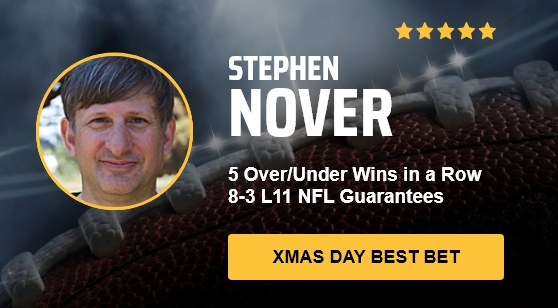 With a 4-5 SU record in the nine Minnesota games that have cashed 'over' tickets, Vikings fans have likely seen their fair share of high scoring games that QB Kirk Cousins and the offense typically come up one play short in.

However, giving up the points they do on a weekly basis, Minnesota's defense is far from the Mike Zimmer units of even a few years ago, and putting them in a game where effort may not exactly be there in spades has any 'under' look sweating more than it probably should.

Minnesota has allowed at least 24 in each of their previous five games, and there are teams like Dallas, Jacksonville and Chicago as part of that list.

New Orleans may be riding a two-game losing streak here, but they still put up 29 points on Kansas City last week in Drew Brees return, making the 70%+ support on the 'under' something that is a little puzzling.

A no-effort game from the Vikings isn't exactly horrible for any 'under' look, and the Saints defense is still closer statistically to the one they've been all year and not necessarily the one that's been the first to face Jalen Hurts and then Patrick Mahomes as well.

But Kirk Cousins is never afraid to chuck the ball around, and can we completely rule out the idea that maybe this Saints defense has a leak in their game that these past two opponents have help expose?

Both the Eagles and Chiefs ran all over this Saints defense and Minnesota just so happens to have running back Dalvin Cook in their stable of weapons.

So 'no 'under' support from me in joining the majority here, as it can really only be 'over' or pass.

Minnesota's defense can't be trusted on a good day to keep teams 'under' 30 points, and who knows what kind of irrational confidence Cousins returns to the Superdome with after last year's OT playoff win in the building, and nothing to lose in the return.

Scoring 20+ on this Saints team isn't as tough as it once seemed to be if you can run the ball. 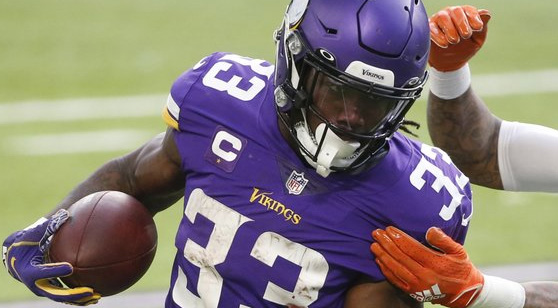 The Minnesota Vikings have posted a good retun for bettors on the road this season, going 4-2 ATS. (AP)

Vikings vs. Saints
Handicapping the Side

When teams like Minnesota see their season essentially end this late in the year, unless they are bouncing back trying to ruin something for a division rival, I generally want no part of backing that team until I see what kind of interest level we get from them.

I like their chances of keeping it within a TD. One that plays like their season just ended? A few backdoor entries still might not get Minnesota within a TD.

Chances are the Vikings level of play falls somewhere in between, as thinking 20+ points is near Minnesota's floor here would suggest Minnesota at least keeps the point spread result in doubt for quite some time.

Still not comfortable taking them this week or probably next week either. They had higher hopes for 2020 then what panned out. Teams like that tend to pack it in.

At the same time, I don't really want any part of the Saints laying this number right now, as they are back searching for something after trailing big the last two weeks.

Teams have gotten healthy in that regard against the Vikings defense this year on numerous occasions, and a completely disinterested Vikings defense could have the -7 look like a bargain by night's end.

But it's just as easy to pass and save that unit for something that deserves more confidence further on down the line.

An 'over' look does tend to line up with Minnesota showing up at least a little bit on offense. Probably the way to go on the side in the end.

The Vikings have consistently given Brees and Sean Payton plenty of trouble of all frequent New Orleans opponents the past few years (Minnesota is 3-1 SU vs New Orleans since 2017) too. 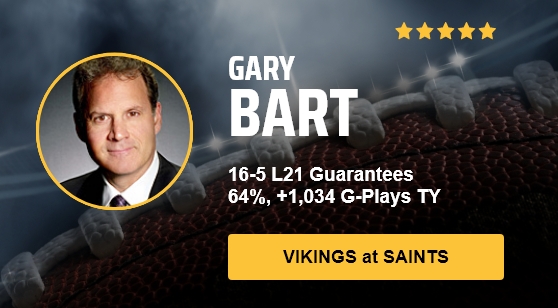