Quarterback Aaron Rodgers is a substantial favorite to be named the 2020 NFL MVP, but he hasn’t had much postseason success in recent years.

The Green Bay Packers have yet to make it back to the Super Bowl since beating Pittsburgh in Super Bowl XLV.

They have lost in the Divisional Round three times and the NFC Championship Game three times since their last Lombardi Trophy.

Rodgers is hoping to put an end to those recent shortcomings starting this week against the Los Angeles Rams.

How to Handicap Rams vs. Packers

The Rams were one of two teams to pull off upsets last week.

Although Los Angeles didn’t see great play from the quarterback position, the ground game and defense were superb in their 30-20 win over Seattle.

Running back Cam Akers had 30 touches for 176 yards and a touchdown, while the defense sacked Russell Wilson five times and held the Seahawks to just 278 total yards in a 30-20 win.

Green Bay earned a bye as a result of being the No. 1 seed in the NFC.

The Packers finished 13-3, and they capped off the year with six straight victories to edge New Orleans and Seattle for the top spot in the conference.

They went 4-2 ATS in that stretch, and Green Bay won each of its last six games by at least seven points. 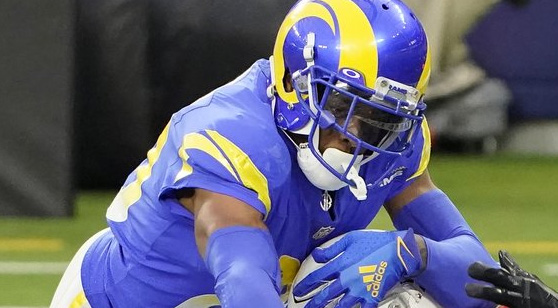 The Rams ruled John Wolford out on Thursday, so Jared Goff will start under center this week.

Goff is still recovering from thumb surgery he underwent a few weeks ago. He had issues with his accuracy against Seattle last week, completing less than 50 percent of his passes, but he is the Rams’ best option. Blake Bortles will be Goff’s back-up on Saturday.

Given the quarterback situation, Akers will see a lot of carries once more.

Although the rookie out of Florida State was behind Darrell Henderson and Malcolm Brown earlier this season, he has established himself as the Rams’ No. 1 running back. Akers has carried the ball at least 21 times in four of the last five games. The rookie was known for picking up tough yards after contact in college, and that has translated over to the NFL.

Wide receivers Robert Woods and Cooper Kupp saw 17 of the 25 passes the Rams threw against Seattle last week. Woods and Kupp have been the top two options in the passing game all year. Both players finished with 90 receptions for over 900 yards in the regular season. Kupp might be a little limited though as he is dealing with knee bursitis.

This is the best defense in the NFL bar none.

Aaron Donald continues to earn heaps of praise for revolutionizing the defensive tackle position. Donald was tied for second in the league with 13.5 sacks this season, and he has 85.5 sacks in 110 career games. He is in line to be named NFL Defensive Player of the Year for the third time in four years next month. The star will be limited by torn rib cartilage though.

Donald isn’t the only reason this defense is elite though.

Jalen Ramsey is the best all-around cornerback in the NFL. He has continually shut down stars like DeAndre Hopkins and D.K. Metcalf, and he will be tasked with shadowing Adams for much of this game. 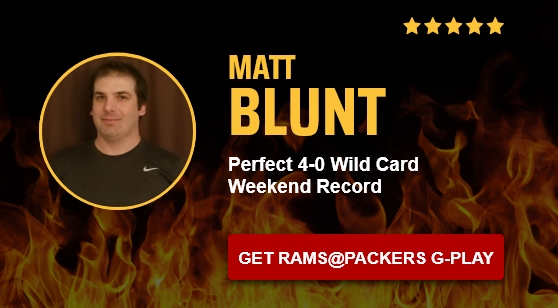 Rodgers has been lights out this season.

The decision to draft Jordan Love lit a fire under the veteran, as he posted the best numbers of his career in 2020. Rodgers completed over 70 percent of his passes for almost 4,300 yards (8.2 YPA) with 48 touchdowns against just five interceptions.

Avoiding turnovers has been part of Rodgers’ MO over the last decade, but he had only thrown more than 40 touchdowns once in a season prior to 2020.

As has been the case for the last four years, Davante Adams is Rodgers’ favorite receiver. Adams was named a First Team All-Pro for the first time in his career this season after setting multiple career-highs by catching 115 passes for 1,374 yards and 18 touchdowns in only 14 games. There are other options besides Adams this year though.

Marquez Valdes-Scantling is a deep ball threat with 33 receptions for 690 yards and six touchdowns.

Tight end Robert Tonyan has some of the best hands in the league with a catch rate above 85 percent. Allen Lazard is a quality option when healthy with 33 receptions for 451 yards and three touchdowns despite missing six games. Lazard is considered questionable to play this week due to a core injury though.

The ground game is solid with running back Aaron Jones toting the rock. He is one of the most reliable running backs in the NFL with over 1,100 yards (5.5 YPC) and nine touchdowns this year.

Rookie A.J. Dillon had a breakout performance against Tennessee in Green Bay’s penultimate regular season game with 21 carries for 124 yards and two touchdowns.

The Packers have not been great on defense although they rank in the top ten in total defense.

Green Bay is rated just outside the top half of the league in Defensive DVOA, which is defined as Defense Adjusted Value Over Average. It basically takes into account your opponents, giving a better rating.

Za’Darius Smith continues to make a big impact with 12.5 sacks and 16.5 tackles for loss in 2020, and Preston Smith is solid. There isn’t another player to be particularly excited about on this side of the ball though.

Los Angeles moved to 8-0 with a narrow 29-27 win over Green Bay in Week 8 of the 2018 season in the last meeting between these two teams.

Goff and Rodgers both had nice days through the air, while Jones and Todd Gurley were solid too.