In what could become a landmark year for British boxing, bet365 are delighted to announce that through their partnership with BOXXER, the world’s most popular sports betting brand will be the Official Betting Partner of Chris Eubank Jr vs Liam Smith, on Saturday 21st January.

A spokesperson for bet365 said: “Live on Sky Sports and brought to you by our partners at BOXXER, we’re thrilled to be part of this huge night of British boxing.”

The two British middleweights, Separated by only one year in age, head to the Manchester Arena having won 32 bouts apiece, with Smith tasting defeat on three occasions to Eubank Jr's two.

Many are predicting a close fight, but Eubank Jr is the 4/11 favourite with bet365.

"I think Chris Eubank Jr will win on points in a competitive fight, roughly eight rounds to four.”

‘Beefy’ Smith may be the 11/5 outsider, but some experts fancy his chances.

"I think Chris Eubank Jr will start better and win the early rounds, but Liam Smith will start to break him down from midway and take him out around the ninth or tenth round with body shots.”

Liam Smith to win by KO, TKO or Disqualification – 17/2

"Chris Eubank Jr is tough, fast and powerful but I’m going with Liam Smith on points - being the more experienced fighter.”

Eubank Jr has been in fewer demanding fights than Smith but his speed and power have caused problems to many opponents and his Liverpudlian foe could be in for a long night if he fails to evade those punishing blows.

Smith must believe he has the answers. Liam Smith has enjoyed big nights in boxing, there is no doubt about that. But, for many, he has never won a so called 'marquee' fight, and beating Eubank would surely tick that box.

A spokesperson for bet365 continued: “It’s going to be an explosive night on January 21st, and bet365 has you covered with a huge selection of pre-fight markets. Once the bell rings, our industry-leading In-Play product will take centre stage, with live odds and bet boosts throughout.” 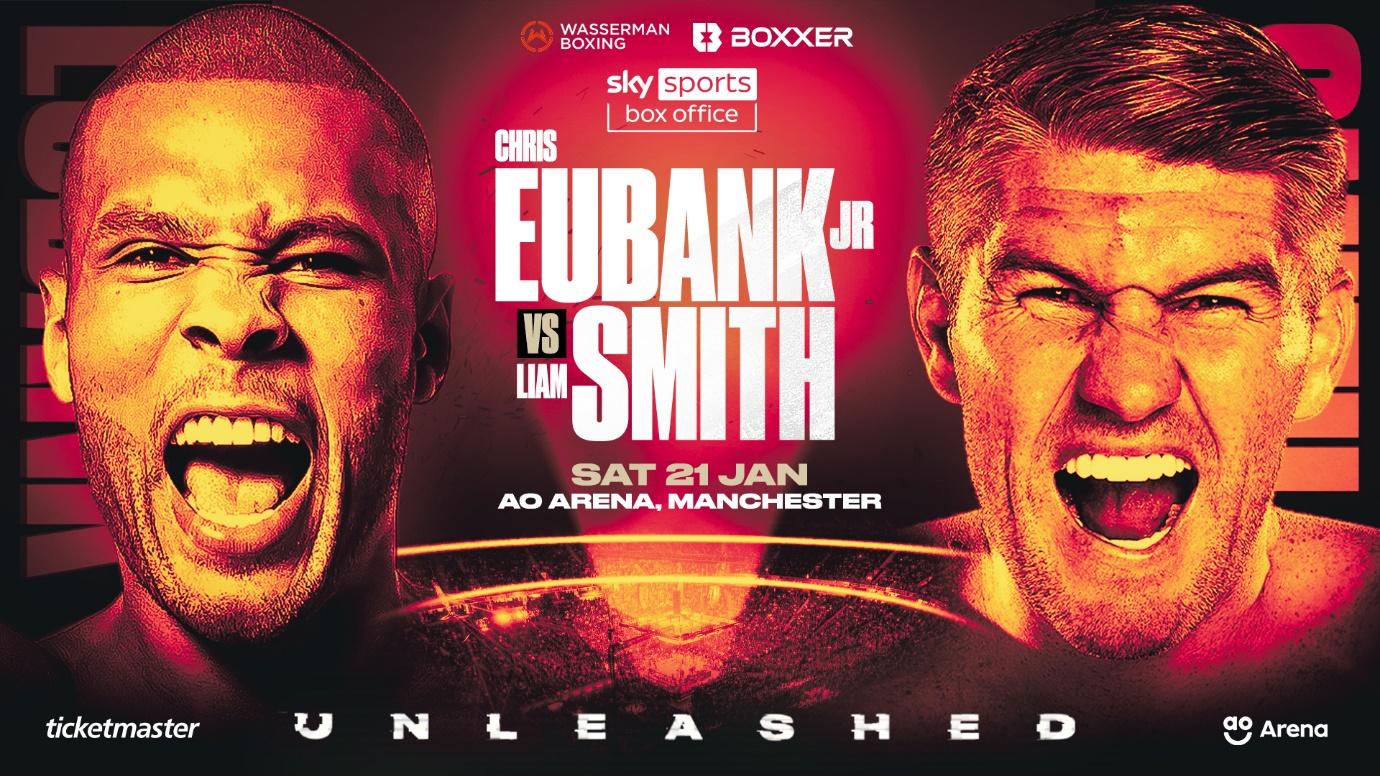 The chief support on the undercard will see Richard Riakporhe, who has three knockouts in his last three fights, take on former WBO champion Krzysztof Glowacki in a 200lb contest.

Riakporhe has been one of the major success stories since signing with BOXXER, and is within touching distance of his first crack at world honors or a potential rematch with domestic rival Chris Billam-Smith.

The hard-hitting Londoner will have to be on his A game against a vastly more experienced campaigner in Glowacki, and will have no room for complacency if he is to extend his unbeaten record.

British and Commonwealth welterweight champion Ekow Essuman (8/11) also returns to the ring, squaring off against Chris ‘2Slick’ Kongo (1/1) in a fight that has the potential to steal the show.

Both men came through the same amateur set-up at Team GB and will be more than familiar with each other. Again, another excellent clash of styles, with the relentless work-rate of ‘The Engine’ Essuman contrasted with the slick, silky skills of the Ben Davison-trained Kongo.

Finally, the return of heavyweight hopeful Frazer Clarke (1/50), as he makes his first outing of 2023 against Argentina’s Kevin Espindola (14/1).

‘Big Fraze’ is looking to make giant strides in 2023, and after going the distance with notorious heavyweight hard-nut Kamil Sokolowski last time out, he will be looking to make a statement in Manchester.

Under the partnership, bet365 branding will appear prominently across all pre-promotional activity, including press conferences, open workouts and weigh-ins; culminating in extensive in-arena exposure on fight night, with 360-degree branding across the ring corners, ropes and toblerones; and the venue’s screens, banners and boards. bet365 will feature on the ring canvas, arena barriers and more.

bet365 will continue to be BOXXER’s official odds partner for the event and be integrated across BOXXER’s social and digital content. bet365’s odds will be promoted on BOXXER’s platforms in the build-up to the fight, with in-play optimisations exclusive to BOXXER. Live streams of BOXXER’s shows are also available on bet365’s platforms in select international territories, to further enhance the customer experience globally.

bet365 is the world’s largest online sports betting company with annual sportsbook revenues of almost $4 billion and over 6,000 employees around the globe. On its world-class proprietary product, bet365 offers the industry’s widest range of ‘in-play’ sports betting events with over 75 sports covered and over 780,000 events being live video-streamed annually to 88 million registered customers from over 160 countries across the world.

bet365 has a range of useful tools to help you stay in control of your gambling that can be found at https://responsiblegambling.bet365.com/en