The Syracuse Orange look to win their second straight game against a school from Virginia, traveling to take on the Virginia Cavaliers. Tip for this ACC game is set for 7:00 p.m. (ET) from Charlottesville, Virginia.

Virginia enters as a -6-point home favorite, not too surprising as the obvious choice. Syracuse is basically split at 6-7 on the ATS this season, as Virginia is 7-5.

The point total is also not surprising, a low 128 due to Virginia's stout defense. However, Virginia has gone OVER in seven of 12 games this season. Syracuse is 6-7 on the O/U this year. 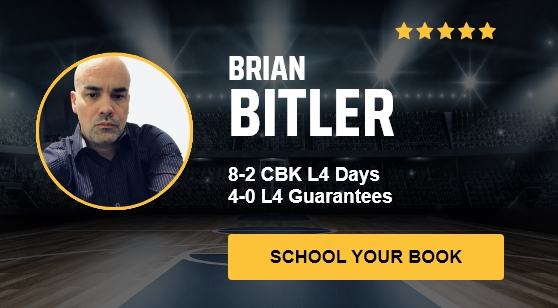 Syracuse is coming off a big home win against ranked Virginia Tech. Although the Orange were favorites entering, it felt like an upset win. Now the Orange head on the road to face (possibly) the conference's best team in Virginia.

Can Syracuse win? It will be difficult, as Syracuse is just 1-3 on the road this season. The only win was against Boston College. However, the Orange are playing well in their last two games by outscoring opponents a combined 161-117.

The Orange also score the 51st-most points per game in the country, and feature five players who average a double-digit point total. Does any of that matter when you face Virginia though?

If Syracuse can force steals and block shots, making life difficult for Virginia's offense, then players like Quincy Guerrier, Alan Griffin and Buddy Boeheim can take over by hitting timely shots.

Tony Bennett's team allows the sixth-fewest points per game (59.6), while also posting the sixth-most efficient offense in the nation (118.8 rating). Virginia passed a tough test, going up against a high-powered offense in Georgia Tech.

They will face something similar, but not nearly as good or consistent as the Yellow Jackets. Sam Hauser and Jay Huff seem to be taking off as well. It's easy to forget that Hauser was a transfer, and so the two have had virtually no games together prior to the season.

It seems the chemistry between these two is finally picking up, not to mention the underrated play of Kihei Clark and Reece Beekman. Beekman leads the team in steals per game, with nearly two, while Clark averages 4.6 assists per game.

Although the defense gets a ton of praise, as it should, Virginia does hit the 79th-most three-pointers per game at 8.5. Also, they hit 38% from behind the arc which ranks 24th in the nation. Add the outside percentage with Virginia's 58% two-point percentage (16th in nation) and 50% field goal percentage (15th in nation), it's easy to see why Virginia has the sixth-most efficient offense despite only averaging 73.5 points per game.

The Syracuse zone will have to be ready, because two things are true. The first is that in order to beat the zone you have to be a good three-point shooting team, which Virginia is. The second is that Virginia will force Syracuse to play at their pace, which falls on the 2-3 zone winning or losing this game should Virginia continue their shooting success.

Inside the Stats – Syracuse Orange

Inside the Stats – Virginia Cavaliers

It seems the Syracuse steam will run out in Charlottesville, as Virginia at home is too tall a task to overcome. A six-point spread is quite generous in reality, as Virginia seems much better than they were at the beginning of the season. Although Syracuse is playing well, they're still very much inconsistent.

The best play seems to be taking the home Cavaliers to cover. 128 is also pretty low, as this seems similar to the Georgia Tech game. Although Virginia has a good defense and makes teams play to a slower pace, they're 7-5 on the O/U for a reason.

Take advantage of the low point total and consider Virginia to possibly touch 70, and Syracuse to touch 60. If that happens the OVER should clear, but the spread seems to be the safer choice of the two.