The Michigan State Spartans are set to return to action this Thursday night in a road game at Rutgers Athletic Center against the Rutgers Scarlet Knights. Game time on FS1 is slated for 7 p.m. (ET).

WHERE TO BET MICHIGAN STATE-RUTGERS

The Spartans have been opened as slight one-point road favorites for this Big Ten tilt with the betting line on the game’s total set at 143.5 points.

Michigan State has been idle since losing to Purdue on Jan. 8. It is just 2-4 straight-up in Big Ten play but one of those victories was a 23-point romp over Rutgers on Jan. 5 as a three-point home favorite.

The Spartans are 1-8 against the spread in their last nine games with the total staying UNDER in four of the last six contests.

Michigan State has a SU 10-game winning streak against Rutgers but it has failed to cover in four of the last six meetings. The Scarlet Knights snapped a SU five-game losing streak (1-4 ATS) with Sunday’s four-point road win against Indiana as five-point underdogs.

They're 4-6 SU and 5-5 ATS in the Big Ten. The total has stayed UNDER in four of their last six outings.

The total has gone OVER in six of Rutgers’ last nine games against Michigan State. 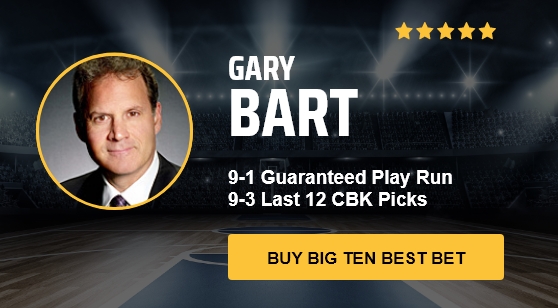 Health protocols have sidelined the Spartans for the past few weeks. Three players remain out of action including guard Joshua Langford, who is averaging 8.9 points a game.

Forwards’ Aaron Henry (13.9 points) and Joey Hauser (11.8 points) are good to go as the team’s top two scorers. Hauser leads in rebounds with 8.1 a game. Guard Rocket Watts (9.7 points) is third on that scoring list.

Michigan State is putting up an average of 76.0 points per game while shooting 44.8% from the field and 34.7% from three-point range. It's also averaging 38.6 rebounds with 33.3 on the defensive end of the court.

The Spartan are allowing an average of 71.3 PPG but that number drops to 59 points over the previous three contests.

Including the lopsided loss to Michigan State, the Scarlet Knights have been outscored by an average of 10 points during their recent five-game slide. Geo Baker paced the win against Indiana with 19 points, including 12 on four three-point buckets.

The senior guard is fourth in scoring with 9.6 PPG. Guard Ron Harper, Jr. added 15 points to Sunday’s winning cause as Rutgers’ leading scorer this season with 18.3 points a game. He is shooting 48.1% from the field and 40.2% from the three-point line.

Overall, the team has a 73.4-point scoring average while connecting on 46.2% of its shots from the field. This drops to 35.4% from three-point range.

The Scarlet Knights are pulling down 36.4 rebounds a game while holding opposing teams to 71.1 PPG.

Rust could be a major factor for Michigan State this Thursday night despite the fact it had no issue handling Rutgers in the first meeting. Even before the recent layoff, the Spartans were struggling to find any kind of consistency from one game to the next.

This could also pose some problems playing the first game back on the road. However, I am still taking Michigan State SU and ATS based on the overall matchup.

Any lingering rust would have an impact on betting the total. It stayed UNDER 149 points in the first meeting, and I'm betting it stays UNDER again on Thursday night. Neither offense has been lighting things up in recent play.