WHERE TO BET OHIO STATE- IOWA

The Buckeyes hit the road in this Top 10 battle as 5-point underdogs. The line in this slipped from an open of five, to four, and back up to five again. The total opened at 160.5 and has since plummeted a full bucket to 158.5.

Ohio State arrives on a three-game win streak, having administered a 17-point beatdown to Michigan State in Columbus on Jan. 31 last time out. In its most recent road game, Ohio State hammered Wisconsin 74-62 in Madison, winning outright as 5.5-point underdogs, a similar situation to the one they face on Thursday. The Buckeyes have won and covered three in a row on the road.

Iowa also played Michigan State on Tuesday night, posting an 84-78 win as they failed to cover a nine-point number. That helped them bounce back from a rare home loss against Indiana on Jan. 21, falling 81-69 as 10-point favorites. 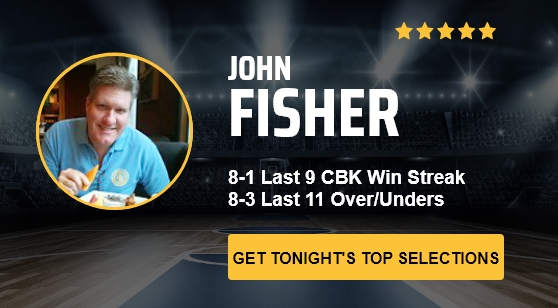 Ohio State is 1.5 games back of first-place Michigan in the Big Ten standings. Both of these teams are likely headed to the NCAA Tournament, and a loss to a fellow Top 10 team wouldn't be the end of the world. Still, the Buckeyes are looking to finish the season strong. They have been good at home, but just so-so on the road.

The Buckeyes are 3-3 SU/3-2-1 ATS across the past six games on the road, all inside the conference, so they could use a signature win to build up conference away from home.

E.J. Liddell has led the way for Ohio State, posting a team-best 15.3 PPG while also leading the way with 6.9 RPG. He is one of three scorers with double digits, as Duane Washington Jr. (14.5 PPG) and Justice Sueing (10.9 PPG) are also in the club.

The Buckeyes rank 67th in the nation with 77.1 PPG, and they're a good free-throw shooting team. They rank 25th in the country with a 76.7 percent from the charity stripe. They allow 67.7 PPG to rank 113th in defensive scoring average.

Iowa slapped the brakes on a two-game mini skid with an 84-78 win over Michigan State as a nine-point favorite. The Hawkeyes have posted a 6-2 SU/4-4 ATS mark over the previous eight outings.

Iowa has superstar Luka Garza, who has rolled up 26.5 PPG with 8.8 RPG, 1.7 BPG and 1.6 APG in his 17 games this season. Joe Weiskamp has managed an impressive 14.2 PPG to provide a secondary scoring average, while also grabbing 6.2 RPG with 1.4 APG. They're the only two Iowa players averaging double digits in points.

Garza was particularly impressive against the Spartans last time out, going for 27 points, 12 rebounds and two blocked shots. It was his third double-double across the past four outings. He has gone for 22 or more points in seven of the past 10, and he is averaging 9.5 RPG over the previous four.

The Buckeyes have been impressive against the good teams, going 5-1 ATS in their past six outings against teams with a winning overall record. They're 5-2 ATS across the past seven games overall, too.

The Hawkeyes look to hold serve on their home floor and stay in the hunt for the Big Ten title. Iowa has won 10 of 11 games at Hawkeye-Carver Arena, with their lone loss in Iowa City coming against Indiana on Jan. 21, 81-69. The Hawkeyes are 0-3 ATS in their past three games, and 4-5 ATS across the past nine outings.