A massive game in the Big Ten sees the Iowa Hawkeyes travel to East Lansing to face the Michigan State Spartans. Tip is scheduled for 2:30 p.m. (ET) and will air on FOX.

Iowa enters as the road favorite, opening with a -4-point spread. This line has already moved up to -5.5 and -6 with some sportsbooks. Iowa has covered 11 of 20 games this season, while Michigan State has failed to cover 13 of 17 games.

The point total is set at 152.5, which makes sense based on Iowa's high-powered offense and both team's lackluster defense. Iowa has gone OVER in 12 of 20 games, while Michigan State has gone UNDER in 10 of 17 games this season.

Iowa finally bounced back in a crucial home win against the Rutgers Scarlet Knights, winning by 13 points. It was a big win for the Hawkeyes, who limped into that game losing four of its five games prior.

The offense for Iowa is no secret, averaging well over 80 points per game with the third-highest efficiency rating. Luka Garza is moonwalking to the Wooden Award at this rate, averaging an insane 25.3 points per game. The role players are all well-known at this point, but the factor may be C.J. Fredrick.

He finally returned against Rutgers, but didn't do much including zero points. However, he is just getting his feet wet since retuning from an injury. If he can slowly get back into gear, then the Iowa offense will have much more conviction in betting on.

Iowa has had to adjust with Fredrick sidelined, and the echoes of coach Fran McCaffery's distaste for the defense has been made clear all season long. The Hawkeyes allow 74.3 points per game and have the 254th-worst defensive efficiency.

However, Iowa has held its last two opponents (Rutgers and Indiana) to under 70 points. That is a huge improvement for what the Iowa defense typically allows. In fact, Iowa allowed 71 points or more in six straight games prior to the two-game defensive turnaround. Whether Iowa can maintain its 1080 spin on defense is still to be answered, but the trends are encouraging.

Either way, Iowa's strength is on offense. So regardless how well the defense can continue to play, it will be Iowa's offense that wins this game for them. With Fredrick not 100% yet still, the name that has to play well (and consistent) moving forward is Jordan Bohannon. 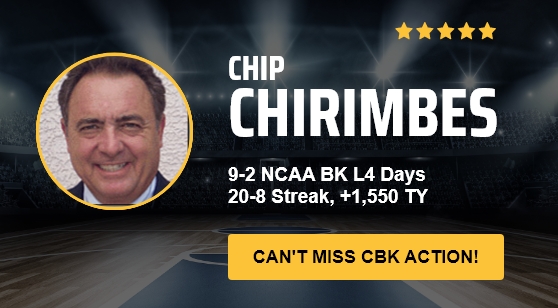 It's been a tough year for Tom Izzo's Spartans, fighting for their March Madness lives in this game. The 35th toughest schedule in the nation hasn't done them any favors, but they're beginning to show signs of improvement.

Aaron Henry and Joey Hauser have been the constants in an otherwise sluggish offense this season. However, Malik Hall and Joshua Langford have both come up big in the Spartans last two games.

Langford is still working into rhythm, but if Michigan State wants to solidify a March Madness birth they must win this game. Langford will have to take over at a certain point, capable of leading this team on both sides of the court. He is the veteran leader of this group, and whether its fair or not, the burden falls on him to glue this young (in terms of playing together) team much like Garrison Brooks does for UNC.

Don't count on that with Iowa, but if Michigan State can prevent second-chance points and hit opens shots with their passing ability then they might actually cover. It's still a tall task to maintain an offensive pace with Iowa, especially with Michigan State struggling to score all year.

The point total is a bit high, and banks on both teams coming close to the 80-point territory. Iowa can reach that total, as can Michigan State with Iowa's terrible defense. However, the Hawkeyes defense is playing better lately while the Spartans' offense isn't exactly high-powered.

Of the two markets, the spread is much easier to consider. That's probably why the spread has shot up to -6 with a few books already. If Iowa touches 80, don't expect the Spartans to cover.

WHERE TO BET IOWA-MICHIGAN STATE