ESPN’s Big Monday caps the night off with a Big 12 battle between the No. 15 Texas Tech Red Raiders and the Oklahoma State Cowboys. Tip-off from Gallagher-Iba Arena is set for 9 p.m. (ET).

Texas Tech has been opened as a slight two-point road favorite for Monday night’s game. The betting line for the total has been set at 137.5 points.

The Red Raiders fell to an even 6-6 straight-up in Big 12 play with Saturday’s six-point road loss to Kansas as two-point underdogs. They are 3-4 SU in their last seven games while going just 1-6 against the spread. The total has stayed UNDER in three of their last five contests.

Texas Tech lost the first meeting this season by five points at home as an 8.5-point favorite. It is 3-2 SU and 2-3 ATS in its last five games against Oklahoma State. The total has gone OVER or ended as a PUSH in all five meetings.

Oklahoma State moved to 7-6 SU in the conference standings with Saturday’s 18-point romp over Iowa State as an 11-point home favorite. It is 3-2 SU and 2-3 ATS in its last five outings. The total has stayed UNDER in three of the last four games.

The Cowboys have won their last four games at home SU with a 3-1 mark ATS. The total has stayed UNDER in their last three home games. 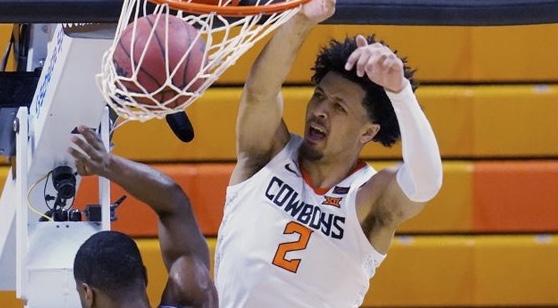 Oklahoma State's Cade Cunningham is expected to be the top player selected in the 2021 NBA Draft. (AP)

Junior guard Mac McClung has been the Red Raiders’ top scorer this season with an average of 16.9 points per game. He was held to 11 points in Saturday’s loss while shooting just 30.8% from the field.

McClung had exceeded his scoring average in three of his previous four starts. Guards’ Terrence Shannon Jr. (12.6 points) and Kevin McCullar (10.6) are the other two players averaging more than 10 PPG.

Defensively, the Red Raiders have not allowed more than 67 points in three of their last four games. They are giving up an average of just 62.9 PPG this season.

Cade Cunningham had the hot hand in Saturday’s win with 21 points while dishing out seven assists. The freshman guard is averaging a team-high 18.6 PPG this season.

The Cowboys have five more players averaging at least nine points a game. They are scoring an average of 75.8 PPG while shooting 45.4% from the field. This number drops to 34% from three-point range.

Oklahoma State has a points-allowed average 70.6. However, it has not given up more than 67 points in three of its last four games. 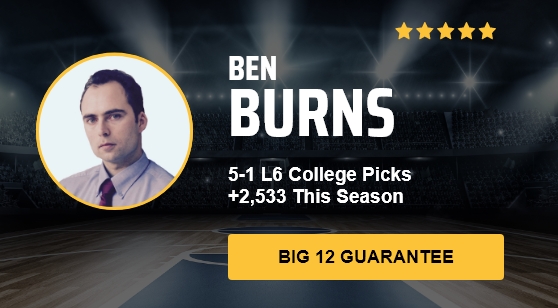 Some rust was evident in Saturday’s loss to Kansas with the Red Raiders idle since a loss to West Virginia at home on Feb. 9. I am expecting a more complete effort on Monday night in a game Texas Tech needs to win to gain back some momentum for postseason play. Take the Red Raiders SU and ATS.

I'm also betting this game to go OVER the current total line. Recent betting trends favor a play on the UNDER. However, I think the overall scoring will be a bit higher than expected.

WHERE TO BET TEXAS TECH-OKLAHOMA STATE