This is going to be one of the most fun games we’re going to get this Labor Day weekend. With a game total set around 76 with most sportsbooks, we're in for some extreme offensive firepower. You can't go much further into this article without mentioning Ole Miss quarterback Matt Coral. Whether you’re ready to watch him be selected by your favorite team in next year's NFL draft, or you have a Heisman ticket on him (like I do) then you should know about the young phenom. With one of the best arms in college football, Ole Miss is never scared to throw a bomb down the field at any time. Lane Kiffin and this offense aim to keep opposing defenses on their toes and that's exactly what they’re going to do against Louisville.

While most teams don't have the problem of losing their plays due to the extra year of eligibility awarded, Louisville actually did have that problem. Last year their defense held opposing quarterbacks to the 17th-fewest passing yards in the league, and were ranked 39th in total defense. Louisville had to replace six starters in the off-season so it's hard to project if their defense can get back to where it was last year.

You know its college football season whenever you’re thinking about capping an over set at 76. We know one thing for sure about both of these teams, they have amazing dynamic offenses. While many Ole Miss fans claim they will have a better defense this year we know that probably won't come to fruition in Week 1 against a dominant offense. Its really tempting, but for now I'm passing on the over 76. My two favorite bets are Ole Miss -5 1H and Ole Miss -10. I think the Ole Miss offense will overpower Louisville, its 'Matt Coral Season'.

These two offenses are going to be a lot of fun to watch Monday night. We don't have a lot of relevant historical data from either of these teams, but I'm expecting a competitive game. Ole Miss showed flashes last year and were surely toughened by playing that SEC schedule. Louisville was one of the few teams that lost valuable players this off-season, and I think that's going to hurt more than people think. If you want a safe piece for a parlay, then I definitely recommend either Ole Miss ML or an alternate spread of Ole Miss -2.5. 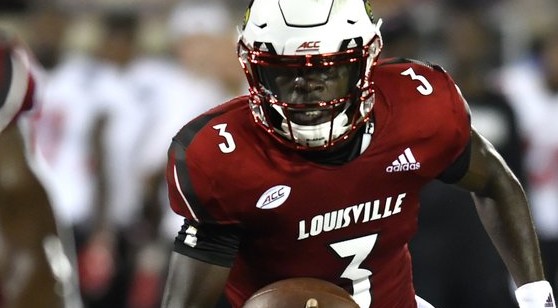