St. Louis squeezed past Chicago on Saturday to maintain its lead atop the National League Central.

Cubs' starter Kyle Davies has pitched well this month, but Chicago has struggled on the road this season.

Last night was a low-scoring affair and that should remain the same tonight in the series finale at Busch Stadium. 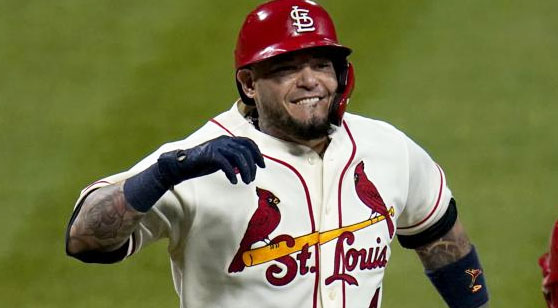 The Cardinals remain atop the National League Central division at 26-19, while owning a three-game edge over the rival Cubs.

Chicago owns a 23-22 mark, but the Cubs have slumped away from Wrigley Field this season with a 7-13 road mark.

These teams have split a pair of matchups this weekend at Busch Stadium as the Cubs routed the Cardinals in the opener, 12-3 on Friday night.

The Cubs busted out for eight runs in the 8th inning, while right-hander Kyle Hendricks picked up consecutive wins for the first time this season.

St. Louis bounced back on Saturday night with a 2-1 triumph as short underdogs. The Cardinals allowed a first inning run, but St. Louis' pitching staff didn't allow a run in the final eight innings, while catcher Yadier Molina provided a solo homer for the go-ahead run.

Davies struggled in April with a 9.47 ERA, but has stepped up in May by compiling a 2.11 ERA this month.

The Cubs are 3-1 in Davies' last four starts, while the right-hander has allowed one earned run in each of his past two road outings.

Wainwright has been up and down this season and fortunately for the Cardinals, he is coming off a down start.

The Cardinals' veteran was knocked around for six earned runs in four innings of a 13-3 defeat to the Padres his last time out.

The good news going into tonight's matchup is St. Louis is 2-1 in his three starts this season after Wainwright allowed 3 runs or more in his previous outing.