The Los Angeles Dodgers got by the NL Wild Card Game to take on the San Francisco Giants for the first time ever these two clubs have faced off in the MLB Postseason. The opening pitch is set for 9:37 p.m. ET and will air on TBS from Oracle Park in San Francisco, California.

Chris Taylor hit just the fifth series clinching walk-off home run in MLB history on Wednesday night. Taylor broke a 1-1 tie with the St. Louis Cardinals in the ninth inning to send the Los Angeles Dodgers to the National League Divisional Series. Now, the Dodgers will take on the team that has bothered them all year in the San Francisco Giants.

The Los Angeles Dodgers won their first four games against the San Francisco Giants this season, but the Giants have since had the upper hand in this rivalry. San Francisco has won 10 of the last 15 games between these two teams.

Walker Buehler will lead the Dodgers past the Giants in Game 1 though. Buehler is 3-1 in six starts against San Francisco this year and has a 2.19 ERA in 37 innings of work. 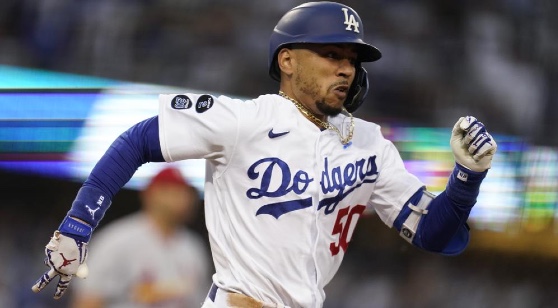 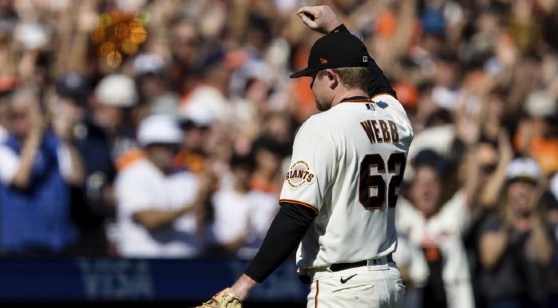 The San Francisco Giants send Logan Webb to the mound for Game 1, striking out eight and giving up four runs in his last start. (AP)

Buehler has had another outstanding season with the Dodgers. Although Julio Urias led the majors with 20 wins, Buehler was the team’s ace in 2021.

He posted a 16-4 record and finished with a team-best 0.97 WHIP and 2.47 ERA while throwing more than 200 innings. Buehler’s emergence while Clayton Kershaw is wearing down has helped the Dodgers remain the World Series favorite.

Max Muncy won’t be available against the Giants. He suffered an elbow injury in the regular season finale, and he has already been ruled out for the entirety of the NLDS. The loss of Muncy is a big blow as the slugger led the team in Offensive WAR in 2021.

Corey Seager missed over 60 games due to injury but had a fine season when he was on the field. Seager had a .915 OPS and was red-hot to end the regular season. He posted a 1.153 OPS in September and had 12 hits in his last 20 at-bats before the playoffs.

Adding Max Scherzer and Trea Turner at the trade deadline almost helped the Dodgers run down the Giants to win the NL West. Scherzer was lights out, and Turner has been the team’s best hitter during the 52 games he has been on the roster.

Turner has a .950 OPS and boasts a rare blend of power and speed with 10 home runs and 11 stolen bases. He will likely run a lot more if he can get on base, as Buster Posey no longer has the arm he once did in his prime.

San Francisco was the most surprising team of the regular season. The pitching staff performing well wasn’t totally unexpected, but the lineup wasn’t expected to be one of the best in the bigs.

Brandon Belt thrived for the Giants this season. He finished the year with a team-high 29 home runs despite playing less than 100 games, and his .975 OPS was one of the best in the majors.

Brandon Crawford tore the cover off the ball too. Crawford was the Giants’ second-most reliable hitter, posting an .895 OPS. He is also a threat on the base paths, and he might test Will Smith’s arm if given the chance.

Posey has had a great season at the dish. The future Hall of Fame catcher posted the second-best offensive numbers of his career, and he continues to have an excellent eye.