Philadelphia will host Chicago for the first time all season on Friday. The 76ers are currently atop the Eastern Conference with a 19-10 record, but they have lost three of their last four games heading into this clash with the Bulls.

Fortunately, Philadelphia will be back at home where the Sixers are 12-2 on the year. 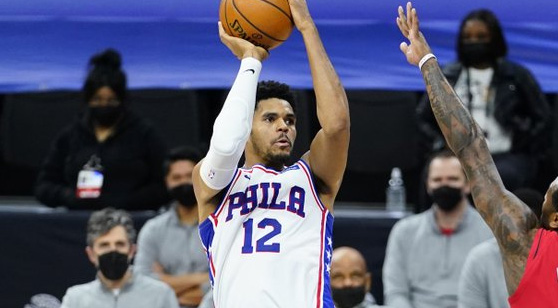 The Philadelphia 76ers lead the Eastern Conference with a 19-10 record, which includes a 12-2 mark at home. (AP)

Chicago is out to tie its season-best winning streak on Friday. The Bulls have not won more than three consecutive games this year, and they are out to win their third in a row when they take on the Sixers.

They have yet to be over .500 this season after starting the season 0-3. Chicago has been close to getting back over the hump on a few different occasions, but the Bulls have been unable to find consistency. This team is just 2-9 against opponents with winning records.

Zach LaVine has led the Bulls in scoring for eight straight games. He has tallied at least 30 points in five of Chicago’s last six games, including the Bulls’ 105-102 win over Detroit on Wednesday.

LaVine and the Bulls overcame an 18-point halftime deficit and held the Pistons to just 41 second half points. Thaddeus Young was a point and three assists away from a triple-double, but he fouled out in just 24 minutes.

The 76ers jumped out to a huge lead against the Houston Rockets on Wednesday night before blowing the cover and nearly losing the game. Philadelphia led Houston by 26 points at halftime and took its foot off the gas pedal.

The Rockets cut the lead to four points with under 90 seconds to play, but then Joel Embiid knocked down a clutch shot to help Philly hang on for the win.

LaVine is trying to change his reputation. He has been labeled as a good player that puts up outsized stats on bad teams, because none of his teams have been able to win more than 31 games in his seven-year career.

Chicago won a grand total of 71 games over the last three years coming into this season, but head coach Billy Donovan is hoping to change the culture in the Windy City.

The Bulls are playing at a faster pace than they did under Tom Thibodeau or Fred Hoiberg. That has led to LaVine averaging a career-best 28.5 PPG, and this should be the third straight season where he averages at least 23 PPG for Chicago.

His volume isn’t the only thing increasing either, as this is his most efficient season yet. LaVine is making 52 percent of his shots and 43.7 percent of his threes with over 5.0 RPG and APG a night.

Without Lauri Markkanen or Otto Porter, Chicago has had to play a lot of different lineups. Donovan has had to get creative in the frontcourt, using a lot of three-guard lineups to cover up the Bulls’ deficiencies there.

Patrick Williams, Wendell Carter, and Thaddeus Young are the only big men that are likely to receive significant playing time against the Sixers. Williams plays solid defense for a rookie, and he is making 39.7 percent of his threes.

Carter and Young are each making at least 55 percent of their field goals, but neither player has the range to stretch the floor. 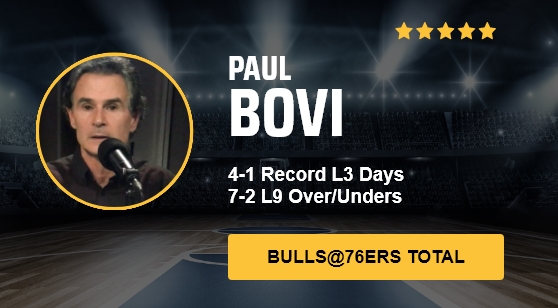 Embiid is an unstoppable force in the low post. He has an array of nice moves to get clean looks at the cup, and he finally toned his physique and got in shape during the offseason. That has helped the big man emerge as one of the frontrunners for NBA MVP.

Embiid is currently averaging 29.7 PPG and 10.8 RPG, and he is sinking 54 percent of his field goals and 85.1 percent of his free throws. We saw him nearly notch his third career triple-double on Wednesday too with 31 points, 11 rebounds, and nine assists against Houston. He has scored at least 30 points in seven of his last eight games.

Adding Seth Curry has given the Sixers a new element. The journeyman guard may have finally found a home in Philadelphia, as he is knocking down an eye-popping 47.9 percent of his threes.

He has made at least 42.5 percent of his treys in each of his last five seasons, and Curry has finished north of 45 percent in four of those years. Curry doesn’t do much else, but teams need players with his touch from downtown in the modern era.

Ben Simmons will be the key to Philadelphia’s playoff hopes. The No. 1 overall pick in the 2016 NBA Draft is a tantalizing talent. He is one of the game’s best players in transition and is a lock-down defender that has even given LeBron James some trouble. Simmons is making over 56 percent of his field goals and is averaging 15.2 PPG, 8.3 RPG, and 8.0 APG.

However, he has no perimeter game and struggles to find good shots in the half-court set. Simmons didn’t play on Wednesday due to a stomach bug, but he exploded for 42 points, 12 assists, and nine rebounds against Utah on Monday.

This is not a good match-up for the Bulls provided Embiid is healthy. Chicago is allowing 115.4 PPG (26th in the NBA), and the Bulls are allowing opponents to hit 54.7 percent of their two-pointers.

Embiid could explode for 40 points as Chicago has no one that contain him inside.