The Brooklyn Nets will not have either Kyrie Irving or Kevin Durant available for the team’s three-game road trip. They are currently in a three-way race for the No. 1 seed in the Eastern Conference with the Philadelphia 76ers and Milwaukee Bucks.

Every victory matters as the top spot in the conference should ensure that team only has to play one of the other major contenders in the East, so Brooklyn is looking to keep pace without two of its three superstars.

It will be a tough test on Wednesday though as the Nets face the Utah Jazz after taking on the Portland Trail Blazers last night. 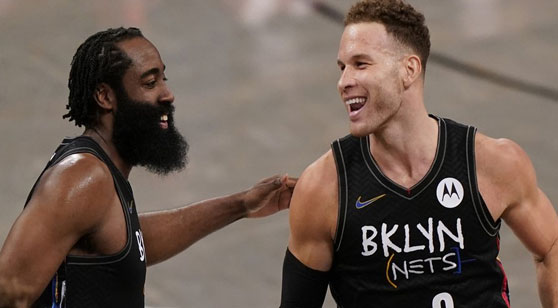 The Nets travel to Utah with no rest on Wednesday night looking to sweep the Jazz. (AP)

Utah was clearly the best team in the league for the first two months of the season. The Jazz were 26-6 in late February, but they have since had some issues on both sides of the All-Star Break. They still have the NBA’s best record, yet the Jazz are just 5-5 over their last 10 games.

However, a lot of those recent struggles have to do with Utah’s schedule. The Jazz have played nine of their last ten games on the road with a home game against lowly Houston their only respite in that stretch. Their schedule will become much more manageable over the next month as 10 of their next 13 games are in Salt Lake City starting with Wednesday night’s tilt against the Nets.

The Jazz nipped Toronto by three points on Friday night before cruising past Chicago on Monday. Utah won every quarter in a 120-95 victory in the Windy City.

Donovan Mitchell recorded a game-high 30 points, while Rudy Gobert had one of his best outings of the season. Gobert went 9-11 from the floor for 21 points with 10 rebounds and a career-best nine blocks.

Brooklyn has been the hottest team in the NBA over the last six weeks. The Nets were 14-12 in mid-February, but they have since won 16 of their last 18 games to move one game behind the Sixers in the Eastern Conference.

They showed their potential early on with road wins over Phoenix and both Los Angeles teams in consecutive games, but they didn’t face another top tier team until Tuesday night’s tilt with Portland.

The Nets knocked off the Blazers, 116-112 despite a forgettable performance from James Harden. Harden led all scorers with 25 points, but he went 7-24 from the floor and 0-7 from beyond the arc. He recorded 17 assists and went to the free throw line 13 times.

Brooklyn will be without Durant for at least a few more games due to a hamstring injury, while Irving is not with the Nets on their road trip due to a personal matter. That means the onus will be on Harden, and he is sure to stuff the stat sheet on Wednesday.

Since joining the Nets, Harden is averaging 25.4 PPG, 8.7 RPG, and 11.5 APG, proving himself to be a triple-double threat on a nightly basis. He has been to the free throw line at least eight times in six of Brooklyn’s last seven games, and he has taken 12 trips to the charity stripe in three of the last four tilts.

Given the Nets’ focus on bringing in three elite talents, there won’t be much help for Harden elsewhere. However, we might see more of Blake Griffin on Wednesday. Griffin made his Brooklyn debut on Sunday, and he came off the bench to put up eight points and five rebounds in 19 minutes against Portland last night.

The oft-injured big man is nowhere near as overpowering as he was earlier in his career, yet he can still provide the Nets with some quality minutes.

Nicolas Claxton has played well over Brooklyn’s last four games. Claxton has made over 50 percent of his field goals in each of those outings, and he is averaging 12.5 PPG and 6.0 RPG over the last week. He is now part of Brooklyn’s crunch time lineup, and he could have some monster games if he is still a prominent fixture in the rotation when Durant and Irving return.

Gobert has been the best player on the Jazz this season. The center is playing defense at an elite level once again after a downturn during the 2019-20 season, and he might be in line to win his third NBA Defensive Player of the Year award. That would make Gobert just the fourth player to earn this honor three times.

Mitchell leads the Jazz with 25.4 PPG. He has exploded over Utah’s last three games with at least 30 points in each of those affairs. We have seen him emerge as more of a distributor too with six assists in his last three outings. Mitchell is making 37.8% of his threes on the season.

Jordan Clarkson has tailed off after a strong start. Clarkson was the favorite to win NBA Sixth Man of the Year at the All-Star Break, but he has not played well over Utah’s last five games. He is making under a third of his field goals and has gone 1-8 from beyond the arc in two of his last three games. The Jazz will need more for him on Wednesday night.

This is too tough of a spot for the Nets. Utah is 16-2 at home this season, and Brooklyn will have a hard time staying within the number on short rest without two of its three stars.