Non-conference NBA action will resume on Tuesday night with the Celtics set to host the Mavericks during the first matchup on ESPN’s nationally televised slate.

The Mavericks head into Wednesday’s matchup as a 1-point road favorite – marking the fourth time in the last six games that Boston has been listed as an underdog.

While the total for this contest currently sits at OU 225, which is the fourteenth consecutive Mavericks’ game with an over-under set below 230.5. 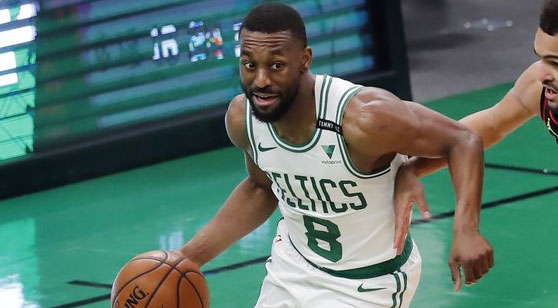 The Celtics have lost three of their last four home games as they host the Mavericks on Wednesday. (AP)

Despite Boston’s profound mediocrity throughout the month of March, the Celtics head into Wednesday’s contest as winners in two of their last three games – with Boston’s latest victories coming in matchups against the Bucks and Thunder.

Jaylen Brown was a late scratch prior to Boston’s most recent matchup, which inevitably led to the Celtics falling to another inferior opponent in the Pelicans – as five different New Orleans players eclipsed double-digit scoring on the way to a six-point victory for Zion Williamson and company.

On the other hand, Dallas has won and covered the spread in three of their last five games – with the Mavericks’ losses during that timeframe coming at the hands of the Pelicans and Pacers.

Dallas’ most recent outing resulted in a 26-point victory over Oklahoma City, as 12 different Mavericks players put points on the board during the blowout – paced by Luka Doncic’s 25 points, across 27 minutes of action.

The Celtics won both of their regular season matchups against the Nuggets last year – with both of those contests staying under the total set for Wednesday’s event (OU 225.5).

The most recent meeting between these teams took place back in February of this year though, which resulted in a narrow win for the Mavericks – as Dallas managed to escape with a 3-point victory behind solid performances from Jalen Brunson (22 points, 6-11 FGA) and Doncic (31 points, 11-23 FGA).

The Mavericks head into Wednesday’s matchup as losers in two of their last three contests. Prior to their most recent three-game window though, Dallas had put together a pretty solid stretch of performances – possessing a record of 12-6 across their last 18 games, despite being listed as an underdog in seven of those matchups.

“Low-scoring” has been the common theme for Dallas this year – considering the ‘over’ is currently 20-25 in Mavericks games this season, which ranks 25th across the league in that department.

That trend has been prevalent throughout the month of March too – with the total staying 'under' in nine of 13 matchups containing Dallas following the most recent calendar-turn.

Thanks to the absence of his All-Star counterpart during the Celtics most recent affair, Jayson Tatum was forced to assume a hefty offensive workload during Boston’s matchup with New Orleans this past Monday.

Tatum was relatively efficient while doing it – scoring 34 points on 12-25 from the field, while knocking down five of nine three-point attempts.

Unfortunately for Boston though, Tatum’s teammates didn’t provide much additional support in the contest – as Marcus Smart, Evan Fournier, and Kemba Walker shot a combined 14-43 from the floor and 2-20 from long-range on the way to a six-point loss for the Celtics.

The total has gone over in 53.2% of the Celtics matchups so far this year, which ranks 10th across the league in that department. Make note though, the total has now stayed 'under' in back-to-back matchups containing Boston.

Tim Hardaway Jr. has played a critical role in the Mavericks offense this year – currently averaging 16.8 points per game while knocking down 39.7% of his three-point attempts so far this season.

I’ll back Hardaway Jr. to eclipse his average in a fifth straight matchup against Boston here.

Despite picking up wins in two of their last three contests, the Celtics are still 6-7 SU in the month of March – with three of their losses across that span coming in matchups Boston was favored in.

I’ll lay the point with the Mavericks here, considering Boston has proven far too difficult to trust lately, especially against a team capable of shooting the ball like Dallas can.