Non-conference NBA action will resume on Sunday night with the Nuggets set to host the Celtics during the first matchup on NBATV’s nationally televised slate.

So, VI is getting you ready with a variety of betting resources to help handicap all the top contests.

Denver enters Sunday’s matchup as a 6.5-point favorite over the visiting Celtics – marking the first time Boston has been listed as an underdog since they matched up with the Bucks back on March 26th (BOS +6).

While the total for this event currently sits at OU 223.5, which is the highest over-under set for a Nuggets’ game since they matched up with New Orleans back on March 26th (U 231.5). 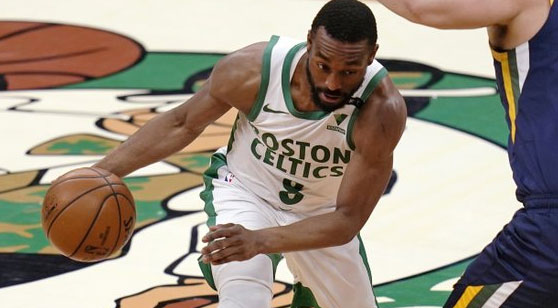 The Celtics head into Sunday afternoon boasting SU victories in four of their last five games, despite covering the spread in just two of those contests.

During Boston’s most recent matchup, Brad Stevens’ guys got lured into a competitive battle with the Timberwolves that required overtime to determine a winner – as the Celtics needed every ounce of Jayson Tatum’s 53-point performance to knock of the squad currently holding the worst record in the NBA at 13-40.

On the other hand, the Nuggets enter Sunday’s contest riding an eight-game winning streak SU – with Denver’s only losses ATS during that timeframe coming in matchups with the Magic and Raptors (ORL +17.5, SAS +6.5).

Denver’s latest matchup resulted in a 2-point victory over the Spurs without Jamal Murray in the lineup – as Nikola Jokic, Monte Morris, and Michael Porter Jr. all contributed 20 or more points during the third consecutive absence for the Nuggets’ superstar guard.

Boston and Denver split a pair of matchups during last year’s regular season – with both of those contests staying 'under' the total set for Sunday afternoon’s tilt (OU 223.5).

The latest matchup between these teams took place back in February of this year though – as the Celtics managed to escape with a double-digit victory during a contest that Jokic scored 43 points on 16-of-23 from the floor.

After mounting a disappointing first half of this season, the Celtics appear to finally have things heading in the right direction – having won four of their last five games, with Boston’s only loss across that stretch coming in a matchup with Philadelphia.

The injury-bug looms in Boston ahead of Sunday’s contest though – considering Fournier, Brown, and Tatum all have designations on the Celtics’ report that could potentially hold them out of this afternoon’s meeting with Denver.

The ‘over’ easily cashed during Boston’s most recent affair against the Timberwolves, as the Celtics combined with Minnesota for 281 total points during an overtime victory. Make note though, prior to that contest, the total had stayed under in seven consecutive matchups containing the Celtics.

Murray has now missed three consecutive games with a knee injury, but the Nuggets don’t appear to be particularly phased by the current void in their lineup – considering Denver heads into Sunday following wins in nine of their last 10 games, with their only loss during that stretch coming in a tight matchup with the Pelicans.

High-scoring affairs have become a common theme in matchups containing Denver this year, with the ‘over’ sitting at a 31-21 clip in Nuggets’ games so far this season – ranking 4th across the league in that department.

Make note though, that high-scoring trend has started to flatten out recently – thanks to the total splitting at 4-4 during the Nuggets last eight contests.

Since the start of March, Porter Jr. has brought extremely consistent production to Denver’s scoring department – having scored 18 or more points in 15 of his last 19 games, while failing to eclipse 15 points in just one of those matchups.

Since Murray’s most recent injury though, his role in Denver’s offense has significantly expanded – heading into Sunday having scored 20 or more points in five of his last six matchups, with his lowest scoring output across that stretch being his 18-point performance against the Spurs.

I’ll back Porter Jr. to have another solid night on the scoreboard against Boston here.

The Nuggets enter Sunday’s matchup riding an eight-game winning streak, with Denver’s only losses against the spread during that timeframe coming in meetings with the Magic and Spurs.

On the other hand, the Celtics head into this contest following victories in four of their last five contests – despite only covering the spread in matchups with the Hornets and Rockets during that period.

I’ll lay the points with Denver here, as the Celtics still rank too high on my “do not trust” list – especially with Tatum and Brown feeling less than 100%.