These teams are far removed from meeting four straight seasons in the NBA Finals, but the Warriors still boast one of the top players in the league with Stephen Curry. The two-time MVP led the Warriors to a third straight win on Wednesday at Oklahoma City, while Cleveland topped Charlotte on the road.

Golden State ripped Cleveland by 31 points in its earlier matchup as the Cavaliers will be out for revenge tonight. Both teams don't have strong numbers in the second game of a back-to-back set this season, with numbers trending towards the UNDER. That's the look for this contest tonight as Golden State has held four straight opponents to 110 points or less. 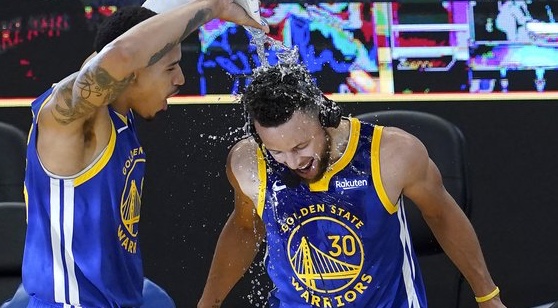 Cleveland hosts Golden State on Thursday Apr. 15, 2021 for this Eastern vs. Western Conference game that is scheduled for 20:10 local time at the Rocket Mortgage FieldHouse.

Golden State has won three straight games including four of its last five overall. The Warriors last game saw a 147-109 victory over the Oklahoma City Thunder on Apr. 14.

Cleveland beat the Charlotte Hornets on Apr. 14 by the score of 103-90. The win snapped a two-game losing streak for Cleveland.

Golden State has won five straight games when facing Cleveland, with the Cavaliers covering the spread just once in those five games. The point total has failed to go UNDER in the last four meetings between both clubs.