The New York Knicks are currently in line for the No. 4 seed in the Eastern Conference. The Knicks look set to outlast the Atlanta Hawks and Miami Heat to earn home court advantage in its first round series, and the right to dodge either Brooklyn or Milwaukee.

A win over the Boston Celtics on Sunday would ensure the Knicks of the No. 4 seed, and the Celtics don’t have anything on the line after being locked into the play-in tournament as the No. 7 seed. 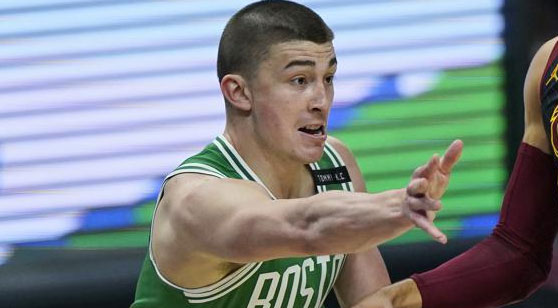 The Celtics are locked into the seventh seed and a spot in the play-in tournament starting on Tuesday. (AP)

In early April, the Knicks’ chances of making it to the postseason were up in the air. They were two games under .500 after a loss to the Celtics on April 7, but that’s when Julius Randle and the Knicks put together the best run of the 2020-21 season.

They won nine straight games before losing to the Phoenix Suns on April 26, and that set the Knicks up to finally break their playoff drought.

New York has won six of their last nine games coming into their regular season finale. The Knicks lost road games to Denver, Phoenix, and the Los Angeles Lakers, but they knocked off Memphis and the Clippers to show they can beat quality teams on the road.