The Washington Wizards are hoping to avoid falling in an 0-3 hole on Saturday night. The Philadelphia 76ers won both of their games against the Wizards in Philadelphia, and a Game 3 win would essentially ice the series as no team has come back to win a series after trailing 0-3.

There is a ton of pressure on the Wizards to get the job done on Saturday or else risk getting swept out of the playoffs on Memorial Day. 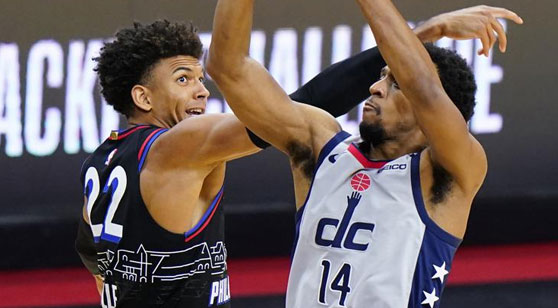 The 76ers travel to D.C. seeking a 3-0 series lead over the Wizards on Saturday night. (AP)

Philadelphia was unable to pull away from Washington until the fourth quarter in Game 1 of this series. The Wizards briefly had the lead midway through the third quarter, but Tobias Harris proved to be too much. Harris had a game-high 37 points and went 15 of 29 from the floor in a 125-118 win for the Sixers.

Joel Embiid only pulled down six rebounds in the victory, but he also scored 30 points and went 12-of-13 from the free throw line. His five turnovers were a bit of an issue considering his size and strength in comparison to the rest of the Wizards though.