Nationally televised NBA coverage will resume on Tuesday night with a blockbuster non-conference
bout between the Los Angeles Lakers and New York Knicks. Coverage begins at 7:30 p.m. ET on TNT.

After finishing fourth in the Eastern Conference with a record of 41-31 last year, New York jumped out
to an excellent start to the new season, as the Knicks opened with wins in four of their first five games –
which included impressive victories over the Sixers, Celtics, and Bulls.

Since their solid 4-1 start though, the Knicks have gradually returned to mediocrity, highlighted by New
York entering Tuesday’s contest following losses in 7-of-11 games – with over half of those losses
coming by nine points or more.

On the other hand, Los Angeles opened with a solid run to kick off Russell Westbrook’s tenure in purple
and gold, as the Lakers posted victories in five-of-eight games to start the season – with their trio of
losses across that stretch coming in tough matchups against the Suns, Warriors, and Thunder.

Since their early success though, the Lakers have looked rather pedestrian, highlighted by Frank Vogel’s
squad entering Tuesday’s contest following losses in six of the last ten games – with three of those
victories coming against drastically weaker opponents in the Hornets, Pistons, and Spurs.

I’ll take the points with L. A. here, as despite the absence of LeBron James, the Lakers still strike me as
the far more talented team in this matchup – and shouldn’t have too much trouble at Madison Square
Garden on Tuesday night.

Regardless of the circumstances, sitting at 9-9 is a disappointment for this new-look Lakers’ squad, but
to be fair, they’ve been banged up from the start, so it’s tough to write them off completely –
considering LeBron James has participated in just 8-of-18 games so far this season.

That being said, the Lakers currently sit in eighth place in the West with the Grizzlies and Timberwolves
nipping at their heels – and there’s not much room for upward movement until LeBron starts seeing the
floor consistently for L. A.

New York’s overwhelming success might have been the league’s biggest surprise last season, as the
Knicks finished fourth in the East with a remarkable tally of 41-31 – earning much-needed home court
advantage over Atlanta in the opening round of the playoffs.

Unfortunately, the Knicks’ valiant regular-season effort never blossomed into anything noteworthy,
considering New York looked completely outmatched by the Hawks at both ends of the floor during the
first round of last year’s playoffs – resulting in a quick five-game series victory for Atlanta.

New York has posted another relatively strong start to this season, as the Knicks currently rank 7th in the
East with a record of 9-8, but they still tend to struggle against elite opponents – so the question is, do
Lakers still fit that mold? 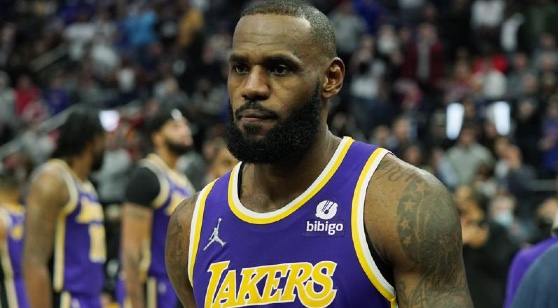 LeBron James is suspended one game for an altercation during L.A.'s last game against the Pistons. (AP)

The Lakers and Knicks split a two-game regular-season set last year, with both of those matchups staying
under the total for Tuesday’s affair at an average of 203.5 PPG.

The first of those matchups resulted in a double-digit victory for the Knicks at Madison Square Garden
(111-96) – while the second resulted in a thrilling overtime win for the Lakers at the Staples Center (101-
99 OT).

After a hostile victory over Detroit on Sunday night (W, 121-116), the Lakers will head to the Big Apple
for Tuesday’s matchup as narrow road underdogs against the Knicks at Madison Square Garden –
marking the fourth time L. A. has been an underdog across the last five games.

I’ll take the points with L. A. here, despite the absence of LeBron, I still believe the Lakers are the far
more talented team in this matchup – and should beat the Knicks outright behind another strong
performance from AD on Tuesday night.