The Baltimore Ravens are currently on the outside looking in at the AFC playoff picture.

Baltimore has lost three straight games to fall to 6-5, and the Ravens can’t afford many more losses if they want to return to the postseason.

Fortunately, this team has a very manageable last five weeks of the season. Aside from Cleveland, none of their remaining opponents are better than 4-7 including Tuesday's opponent, the Dallas Cowboys.

These teams were originally supposed to meet on Thursday, December 3, but continuous postponements of Baltimore’s game with Pittsburgh led to this game being pushed back to Tuesday. It’s not the first game played on Tuesday in this strange season, and it might not be the last either.

Dallas might post its worst record in over three decades this season. The Cowboys have been abysmal without quarterback Dak Prescott.

This offense is averaging 14.7 points per game in the six games they have played without him, and four straight games went under the total. Dallas was unable to cover a game until Week 9’s 24-19 loss to Pittsburgh, and this team is a league-worst 2-9 ATS.

The Ravens have failed to cover the number in six of their last nine games. Baltimore is 3-6 ATS as a favorite this season, disappointing their backers repeatedly with three outright losses as a favorite of at least four points in their last five games.

It’s been a rough couple weeks for the Dallas Cowboys. The team was shaken up when strength and conditioning coach Markus Paul tragically passed away just before Thanksgiving. Paul had been with the team since 2018 and will be missed.

Andy Dalton will get the start once again, even though he has really struggled since making his debut. The former Cincinnati signal caller is completing just 65.1 percent of his passes for 5.7 YPA with five touchdowns and five interceptions. He has thrown at least one interception in all four of his starts, and his lack of mobility has led to him being sacked at least three times in three of those starts.

Three-time Pro Bowl running back Ezekiel Elliott is having the worst season of his career. He is averaging a career-low 3.9 YPC with five fumbles (four lost) in 181 carries. Elliott has yet to break off a run of 25 yards or more in 2020 as this offensive line is a shadow of the unit we saw just a couple years ago. Zack Martin and Tyron Smith are both sidelined, so this is a patchwork group up front.

Amari Cooper, CeeDee Lamb, and Michael Gallup might have all been 1,000-yard receivers this year if Prescott was able to stay healthy. Cooper is still likely to reach the milestone, but Lamb and Gallup probably won’t get there with Dalton under center. Gallup and Lamb are Dallas’ big play threats, while Cooper is the most targeted player in the passing game.

The Cowboys have one of the worst defenses in the NFL. Dallas ranks dead last in scoring defense (32.6 PPG), and the front seven has been a nightmare. This team is allowing 4.9 YPC and 156.4 YPG, making this the worst run defense in the league. The secondary is a concern this week too as Trevon Diggs is on injured reserve, and Donovan Wilson and Anthony Brown are both questionable.

As of Monday, Jackson was listed as 'probable' and head coach John Harbaugh will certainly hope that the 2019 NFL MVP can regain his form. Robert Griffin III was placed on injured reserve Friday, leaving Trace McSorley as the back-up QB if for some reason Jackson is unable to take the field.

Jackson hasn’t been the game changer he was last year. He is completing 63.4 percent of his passes for 7.1 YPA with 15 touchdowns and six interceptions. Opponents have done a better job of containing him on runs, particularly during Baltimore’s current slump. In his last four starts, Jackson has not run for more than 65 yards in any one game, and he is averaging 4.3 YPC.

Baltimore will have its full complement of running backs available after Mark Ingram and J.K. Dobbins were activated off the COVID list. Gus Edwards did what he could against the Steelers last week, but he could only carry the ball nine times for 10 yards. Edwards and Ingram are both averaging 4.1 YPC, while Dobbins has been the best as a rookie with 5.3 YPC.

This will be Dez Bryant’s first game against his former team. Bryant didn’t play in either of the last two seasons, so there isn’t the animosity that you might expect.

The Ravens have one of the top defenses in the NFL. They rank third in scoring defense (19.5 PPG) and eighth in total defense (333.1 YPG).

This secondary has been superb, but the front seven is allowing 4.5 YPC. To make matters worse, Matthew Judon has been declared out for this game and starting defensive linemen Brandon Williams and Calais Campbell are both questionable. 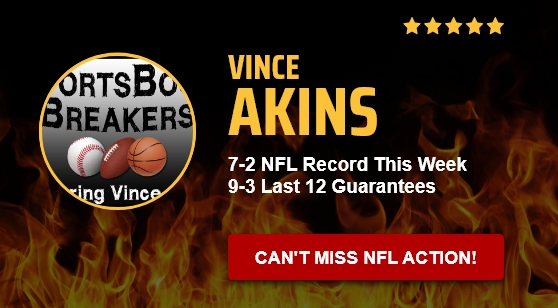 Baltimore won its first four games against Dallas. The Ravens hammered the Cowboys in their first two meetings winning by a combined margin of 57-10.