Nothing for the Blues to concern themselves with in these final few regular-season games, as they are locked in that final spot playoff spot in this division and will very likely see the Golden Knights in Round 1. Not the case for Vegas who would still like to lock up that top spot sooner rather than later, and because of that being the scenario, it's an easy play on the Knights tonight.

Vegas already owns a 4-2 SU record in the head-to-head meetings this year, and three of those four victories have come by at least four goals. In a spot that screams the Knights at home almost regardless of price, getting creative with the regulation or puck lines with Vegas makes sense as well. 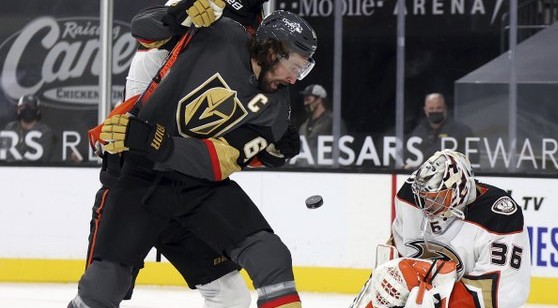 The Vegas Golden Knights have won four of their last five games when facing the St. Louis Blues. (AP)

St. Louis is coming off of a 3-2 loss to Anaheim, splitting a two-game series with the Ducks. The Blues won four straight prior to the Anaheim series. Vegas is coming off a 3-2 win over the Minnesota Wild, going 2-2 over its last four games.