Last regular-season meeting of the season between these two, and even though there is still plenty for both to play for (Vegas clinches division with a win, Colorado's likely No. 1 or No. 2 with a win), I'm expecting these two teams to go for more of a track meet and let the result be what it will.

There are still very winnable games remaining for both sides to lock up their desired playoff position, and with the expectation still is that these two teams will meet for the right to get out of this division in the playoffs, they can worry about playing defense then.

A 2-5 O/U record in the season series actually comes with both of those 'overs' coming in two of the past three meetings, and before the stakes get to be for keeps, I think we see both offenses go head-on with one another tonight. 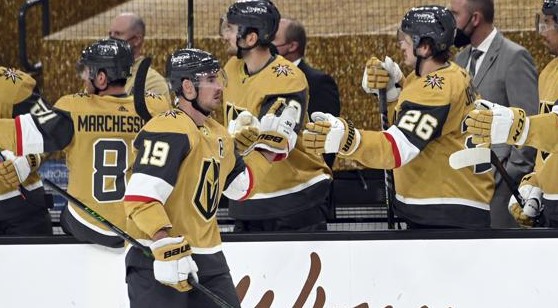 Colorado won its last game against Los Angeles 3-2 and has now seen a 3-2 result in three straight games. Vegas beat St. Louis 1-4 in its last game, the third straight win for the Golden Knights.