Juventus’s incredible run of nine consecutive Scudettos is coming to an end, but Juve still look good for a Champions League place and can help cement that with a win against Genoa.

Genoa are 13th in the table and have struggled to score goals in tough away games.

They have drawn blanks at Atalanta, Inter and Roma in 2021.

Juve’s form hit a snag with a draw at Torino and a shock home loss to Benevento, but they got back on track with a 2-1 win over Napoli and can record a solid win here. 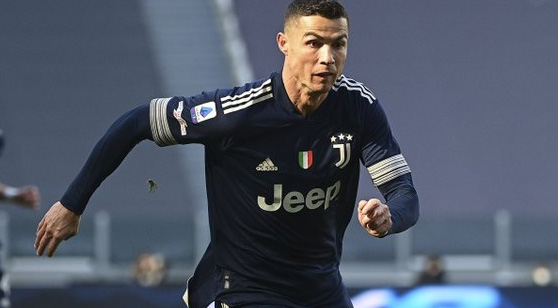 Cristiano Ronaldo continues to lead the Serie A goal-scoring charts with 25 strikes this season. (AP)

Coming into this Matchday 30 contest visiting Davide Ballardini’s Genoa club sit in 13th place in the league with 32 points from 29 games played while home club Andrea Pirlo’s Juventus are currently on 59 points and seated in 3rd place.

After 29 matches played so far this league season, these two squads are separated on the table by 10 places and a total of 27 points.

ESPN+ subscribers can watch Juventus vs. Genoa on Sunday and plenty of other Serie A action in the 2021 regular season.

Having won 10 points from their last five matches, Juventus had a win against SSC Napoli in their previous contest and now own a form run of W,D,L,W,W.

Visitors Genoa had a draw against Fiorentina in their last contest and have claimed a total of 6 points from their last five matches to give them a form run of D,W,D,L,D.

Examining home and away form, in their last five matches at Allianz Stadium, Juventus have earned 12 points.

For the visitors Genoa, they have won a total of 7 points in their last five games away from home.

Juventus vs Genoa Head To Head

Over the years, Juventus and Genoa have met on a total of 31 occasions.

The hosts Juventus have won 21 of those previous matches, while visitors Genoa have won 4 times.

Games between the two clubs have ended drawn 6 times.

Juventus won their last game. Andrea Pirlo's men were facing SSC Napoli in that game. At the final whistle, the scoring board showed 2 - 1.

Against SSC Napoli, Juventus had 49% of ball possession. Taking a look at stats from their previous game, Juventus has those following stats: 12 shots in attack and 14 shots conceded.

Meanwhile, Genoa drew their last match. Davide Ballardini's team played Fiorentina. After 90 minutes, the score was 1 - 1. In their match against Fiorentina, Genoa claimed 55% of the ball.

Taking a look at the bookmakers' odds, the favourite for this match between Juventus and Genoa is Juventus.