The 2022 U.S. Open is set to begin on Monday, August 29 from the USTA Billie Jean King National Tennis Center, and most notably, Arthur Ashe Stadium. The event is annually held at this venue, located in New York, New York. Like the first major of the year (Australian Open), the event is played on a hard surface court.

With Novak Djokovic unable to play, things opened up tremendously for both favorites in this year's event. It's hard to pick anyone outside Nadal or Djokovic at this point - but keep in mind this was the major Medvedev won to end Joker's quest of winning all four majors in 2021. Medvedev has taken a step back however, losing matches to both Kyrgios and Hurkacz - as he may face Kyrgios early this year.

Nadal is just the best pick overall, and has kind odds to take. His health is always a concern, but during major runs he typically bodes well. He already won the Australian Open and French Open - only failing to win Wimbledon for taking himself out of a semifinal matchup against Kyrgios. It's a bit surprising to see Nadal with +350 odds - so hammer away as he is the best pick for either men or women this year.

Halep is on fire right now, playing the best tennis of any woman on a hard court surface. That hasn't always translated at majors however, a 1000 event gem but not consistent in the majors. With that said, Halep has great odds to test and a favorable bracket until a potential meeting with Madison Keys. She may also run into our other best bet for favorites, Caroline Garcia.

Garcia is unstoppable right now, running roughshod through everyone in her way this hard court season. She is coming off an impressive tournament win in Ohio and playing the best tennis of her career. It's safe to say that if we get the Halep/Garcia meeting in this year's quarterfinals - the winner will enter the semifinals as the favorite to win the entire tournament.

It's safe to say that Nick Kyrgios is having the most fun and playing the best tennis of his life right now - and it showed in London. Yes, he entered the finals because of a walkover against Nadal but he more than earned his place in that championship match. He is currently destined to meet Medvedev in Round 4, so it seems the winner of that hypothetical match would go far in this event. Bautista Agut is a dark horse in that section of the bracket, but Kyrgios or Medvedev should be the picks in the top.

Fritz is a dark horse, but his odds indicate otherwise. He is a beast on the hard court surface and knocking on the door of a semifinals to finals appearance in a major event. His biggest test comes (presumably) against Casper Ruud, but he is better on a hard court (at least more consistent). He then will get leftovers of Tsitsipas, Berrettini and Cressy - all of which he can win.

Pegula seems to be the safest bet on the top half of the bracket, which includes the presence of Iga Swiatek. Swiatek has dropped some matches off the clay court already, so she's not unbeatable in New York where Pegula calls home. She is from the state and is lethal on a hard court surface in America. Her hard court run this season has been impressive, as her odds are worth a shot should she get past Kvitova and Iga.

Raducanu's serve is very dangerous right now, as she is clearly a fan of hard courts in the States as well. Her serve was impressive in Cincinnati and she showed last year she is perfectly capable of winning this event with little-to-no expectations. The expectations are higher, but she hasn't seemed to play with any pressure during the hard court precursors leading into New York. With this said, she takes on a very dangerous Alize Cornet in Round 1 - as I would consider the winner of that match to go far in New York.

Borna Coric put himself back on the map with an impressive run in Cincinnati, mirroring the dominance of Caroline Garcia to secure a 1000 event trophy in just a month or so since returning from injury. He beat good players too, such as Rafael Nadal. He is in a dangerous section with Carlos Alcaraz, Marin Cilic and Hubert Hurkacz - but he is capable of beating anyone who stands in his way should he and his serve perform the way they did in Ohio.

Norrie is knocking on the door of a major finals appearance, much like Ruud earlier this year. Nadal stands in Norrie's way, but if anyone not named Nadal is coming out of his bracket its Cam Norrie. Norrie has many winnable matches until meeting Andrey Rublev (maybe) in Round 4. Rublev has lost consistency this season and Norrie has gained it entering New York.

Both women are capable of going far simply because they thrive on a hard court surface in almost any conditions. Pliskova has a tad more conviction in her game, but has a difficult bracket that includes Belinda Bencic, Victoria Azarenka and... Paula Badosa. The thought here is that one of these two women should come out of the bracket section to reach the quarterfinals. 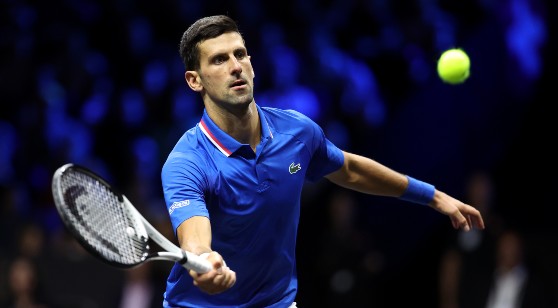