The Penn State Nittany Lions hit the road for a tough game against the Michigan State Spartans. Tip for this Big Ten clash is set for 7 p.m. (ET) and will air on ESPN2.

The Spartans are home favorites for this game, entering with a -2-point spread. Michigan State has only covered four of 16 games played this season, while Penn State is 8-7 on the ATS.

The point total is set at 144, which both schools lean UNDER on. Michigan State has gone UNDER the point total in nine of 16 games this season, while Penn State is 7-8 on the O/U.

The main concern for Penn State in this game is playing on the road, where the Nittany Lions have only won a game in seven attempts. Penn State has competed well on the road though, such as a four point loss while holding high-powered Michigan to just 62 points.

Still, the Nittany Lions have lost six straight road games, allowing over 70 points in their last five as well. Penn State's defense allows 74.3 points per game which is slightly more than the average they score. The defense has seen its efficency rating climb to 104.6 which has dropped the Nittany Lions to 287th in the nation.

Michigan State's offense has struggled this season, so expect Penn State to focus on what makes them dangerous and that's the three-point shot. Penn State shoots 25 three-pointers a game which ranks 60th in the nation, while hitting 8.7 which ranks 58th. They have three players who make 1.7 three-pointers or more per game, beginning with Myreon Jones.

Jones averages a team-high 2.3 three-pointers made per game, shooting 41.2% from beyond the arc. Despite sluggish defense, Penn State sees a lot of steals - averaging eight a game which ranks 46th nationally. Jones averages 1.4 per game, along with Sam Sessoms.

Izaiah Brockington sees 1.1 steals per game, and averages 14.6 points per game which is just 0.1 lower than Jones' total. Jones and Brockington are the most important players for Penn State, while senior John Harrar provides leadership and toughness down low. Seth Lundy can go off any night as well.

This is a dangerous team that plays in a tough conference but gives up too many points, especially on the road. This matchup bodes well for them, but the question becomes do you fade the 1-6 SU record for Penn State on the road or the 4-12 Michigan State ATS overall? 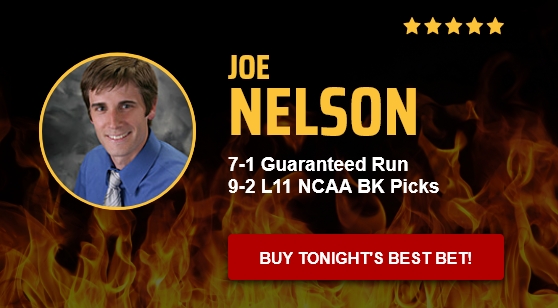 Michigan State has the man-power to match Penn State's physical toughness, but do the Spartans have the offense to score with Penn State? It's tough to tell, but if the Spartans can slow down the underrated offense for Penn State then they should be fine.

Aside from an inconsistent offense though, the Spartans have an inconsistent defense. They allow 71.4 points per game (ranks 203rd), while also averaging 4.6 steals per game which ranks 328th in the nation. Josh Langford is beginning to assert himself as the leader of this team, seeing more playing time and working back into a flow.

They also rebound and shoot free-throws very well, featuring five players with a free-throw percentage at 80% or higher. Although Michigan State may look to win this game with a slow-tempo, the statistics seem to indicate a fast-paced race to the finish line.

Taking a winner, for either side, is very risky for this game. Penn State has lost six of seven on the road, while Michigan State has failed to cover the spread in 12 of 16 games. With those trends, Penn State should lose by one-point.

The best bet seems to be the point total going over though. Both defenses rank 200th or worst nationally in points allowed per game, while each school averages over 70 points themselves. Considering the O/U is essentially split for both teams, assume each will allow and score the 70-point mark and for the total to go OVER.

Both teams are playing desperate basketball, which means they should come out ready to score in an impatient manner.