A massive Mountain West game sees the Utah State Aggies take on the Boise State Broncos. Tip for this March Madness bubble game is set for 9 p.m. (ET) and will air on the CBS Sports Network.

The point total is set at 137.5, which Utah State tends to go UNDER on more times than not. The Aggies have gone UNDER the point total in 10 of 17 games this season, while Boise State is much more split at 10-9 on the O/U. 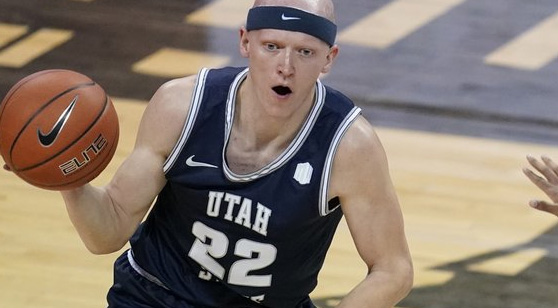 Utah State could be showing signs of rust on Wednesday since it hasn't played since Feb. 4 in a win at Fresno State. (AP)

A big reason why Utah State goes UNDER the point total more times than going OVER is because of the defense. Utah State allows just 61.3 points per game (ranks 11th overall), while posting the nation's sixth-most efficient defense with a 87.3 rating.

Neemias Queta is the life force of this team, the leading scorer, rebounder and shot blocker for the Aggies. Queta is a large reason why Utah State averages 4.8 blocks per game (ranks 24th nationally), averaging over three per game. No other Aggie averages over 0.7 per game.

He is also the main reason Utah State averages the ninth-most rebounds per game nationally (40.9), although both Justin Bean and Marco Anthony average over five per game themselves. The offense isn't overwhelming, but the Aggies average 16.2 assists per game (ranks 35th nationally).

The Broncos are still looking for an impressive win after dropping back-to-back games against Nevada. Although Boise State is 16-4 with a quality win over BYU earlier this season, the Broncos only quality win since is against Colorado State. In some way, this is a must-win game for the Broncos.

Boise State has plenty of experience, with three seniors leading the team in scoring - each averaging over 11 points per game. Derrick Alston average 17 points per game, while both Abu Kigab and Marcus Shaver produce on the glass.

The biggest strength for Boise State, statically speaking, is the free throw game. Boise State averages 15.2 free throws made per game (ranks 55th), and hits 72.9% of its attempts (ranks 98th). Shaver and Alston each shoot over 83% from the line, although Kigab sees the line more than any other Bronco per game and only hits 69.8% of his free shots.

Check the odds, as Utah State opened as the favorite but Boise State is favored with others. With the fluctuating spread, the point total sees more conviction. The combined O/U is 17-19, so lean with the smart odds and the soldi defensive static's associated with both schools

Neither school allows more than 65 points per game, while both average about 75 points per game. Taking the average of both categories. Assuming one school scores 65 points and the other flirts with 70, the point total should go UNDER.

WHERE TO BET UTAH STATE-BOISE STATE