Tuesday’s early college basketball betting action on ESPN2 features a Big 12 matchup between the No. 13 West Virginia Mountaineers and the TCU Horned Frogs. Tip-off from Ed and Rae Schollmaier Arena is set for 7 p.m.

The Mountaineers go on the road as 10-point favorites with the betting line for the game’s total set at 147.5 points.

West Virginia moved to 4-1 straight-up in it last five games as part of a 8-4 record in Big 12 play. It is 3-2 against the spread during this same span with the total going OVER in its last seven games.

Heading into the first meeting this season, the Mountaineers have won seven of their last 10 games against the Horned Frogs SU. However, they are 0-5 ATS in their last five road games against TCU.

The Horned Frogs have posted just two SU wins over their last nine games while going 3-6 ATS. The total has stayed UNDER in four of their last seven contests.

TCU is 1-7 ATS in its last eight home games. The total has gone OVER nine of the last 13 meetings between these two teams. 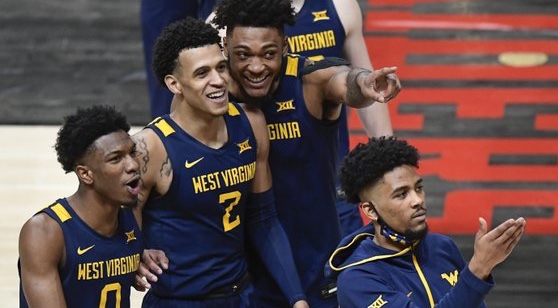 West Virginia is coming off a huge road win against the Texas Longhorns, in which the Mountaineers trailed by 19 points . (AP)

West Virginia is coming off a big two-point road win over Texas on Saturday as a 2.5-point underdog. It is still in position to earn the No. 2 seed for the upcoming Big 12 Tournament.

The Mountaineers were able to rally back from a 19-point second-half deficit to pick up Saturday’s tight road victory. As the team’s leading scorer this season with 16.2 points per game, sophomore guard Miles McBride ended that game with 17 points. He has now exceeded his scoring average in each of his last four starts.

West Virginia is averaging 77.8 PPG while pulling down 38.9 rebounds. Forward Derek Culver (15 PPG) leads the team in rebounds with 10.1 a game. The Mountaineers are shooting 43.2% from the field and 37.4% from three-point range. They are holding opposing teams to 72.4 PPG. 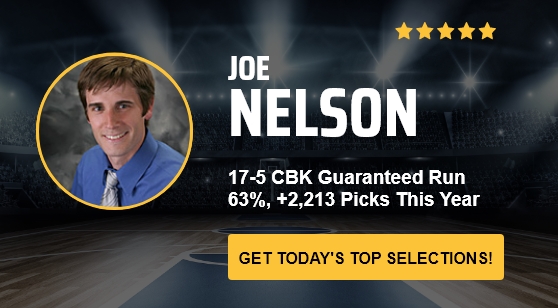 TCU stands at 4-7 SU in the current Big 12 standings. The recent eight-point loss to 2-13 Kansas State at home as a seven-point favorite could be viewed as raising the white flag on the season.

Most of the team’s offense has been provided by guards’ RJ Nembhard (16.8 points) and Mike Miles (14.5 points). Center Kevin Samuel (9.1 points) leads the team in rebounds with 8.5 a game.

After giving up 70 points or more in four of their last five games, the points-allowed average on the season now stands at 70.7 PPG.

Inside the Stats – TCU Horned Frogs

West Virginia has been battle-tested over its last four games against some of the best teams in the Big 12. While still keeping their foot on the gas ahead of Thursday’s big showdown against Baylor, I like the Mountaineers’ chances to post another victory Tuesday SU and ATS.

West Virginia has been a strong play betting the OVER on the total line all season long. I see this trend continuing with another strong offensive effort against TCU.

WHERE TO BET WEST VIRGINIA-TCU