The No. 19 USC Trojans head to CU Events Center this Thursday night to face the Colorado Buffaloes in a Pac-12 tilt. Tip-off on ESPN2 is slated for 9 p.m. (ET).

Colorado has been opened as a slight two-point favorite at home with the betting line for Thursday’s total set at 136.5 points.

USC has just one straight-up loss in its last nine games as part of a 13-3 record in conference play. It has covered against the spread in seven of its last eight outings. The total stayed UNDER 140 points in Monday’s 14-point home victory against Oregon after going OVER in six of the previous eight games.

The Trojans lost to Colorado at home earlier in the season by 10 points as 3.5-point favorites. This was their fifth SU loss in a row to the Buffaloes while going 1-4 ATS.

Colorado is 11-6 SU in Pac-12 play with Saturday’s four-point road win against Oregon State. Yet, it is 2-6 ATS over its last eight games after failing to cover as a 6.5-point favorite. The total has stayed UNDER in its last five games. 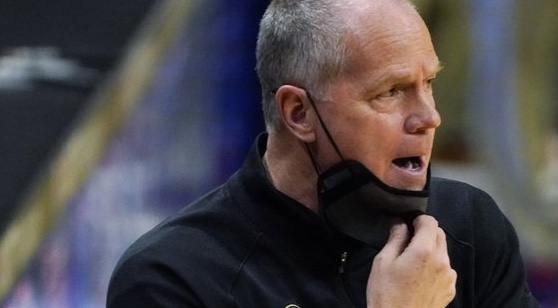 The Trojans are looking to lockup the Pac-12 regular season title with four games left to play. They have a half-game lead over rival UCLA in the current standings.

Guard Tahj Eaddy scored 24 points in Monday’s win. He is averaging 14.3 points per game this season. Forward Evan Mobley is the team’s leading scorer with 16.8 PPG while connecting on 60.3% of his shots from the field.

One injury note for Thursday night has Isaiah Mobley (9.6 points) listed as questionable with a leg injury.

The Buffaloes are 2.5 games back in the standings heading into Thursday’s matchup. They got a huge effort in Saturday’s win from McKinley Wright IV with 21 points.

The senior guard has led the team in scoring all season long with 14.5 PPG. He is also at the top of the list in assists with 5.4 a game. Forwards’ Jeriah Horne (11.0 points) and Evan Battey (10.3 points) are the other two players scoring in double figures this year.

The Buffaloes have not allowed more than 60 points in four of their last five contests. They are giving up an average of 63.2 PPG this season.

Motivation to snap a SU five-game losing streak against Colorado could be a driving force for the Trojans this Thursday night. Holding on to first place in the conference standings is another strong motivational factor in their favor. I also happen to think that USC is playing some of its best ball of the season. Take the Trojans SU on a money line play.

Everything points to a low-scoring defensive battle on Thursday, and I'm taking the bait with a play on the UNDER against the current total line.