The final bowl game before the College Football Playoff Championship is a great one as the last team left out of the tournament faces off with a team that went toe-to-toe with two of the finalists the past two seasons.

Here is a look at the Saturday night Orange Bowl between North Carolina and Texas A&M. 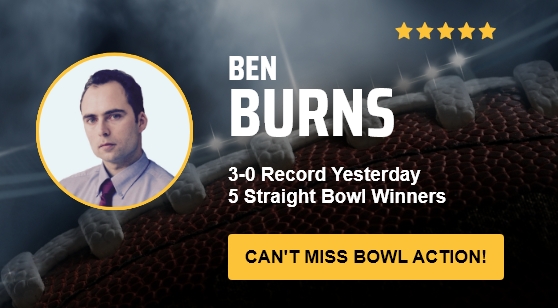 How to Handicap Texas A&M vs. North Carolina

The last team left out of the College Football Playoff can be a risky bowl performer.

The #5 team in the final rankings has gone 2-4 S/U (3-3 ATS) in its bowl games in the playoff era with a couple of notable disastrous performances with Iowa getting blown out in the 2016 Rose Bowl and Georgia losing as a double-digit favorite in the 2019 Sugar Bowl.

Georgia was #5 last season and won and covered in its bowl game but that was not a team that had any realistic hope of making the playoff, like Texas A&M seemed to have this season.

While no one that tracks and pays attention to how the playoff rankings have been handled in the past six years thought the Aggies had a chance, the team certainly seemed to think they were in the mix, even if some of it was campaigning and posturing from head coach Jimbo Fisher.

While they had an ally in that narrative in the most prominent head coach in the ACC, drawing a team from the ACC conference that got two teams in the field should likely provide some extra motivation for the Aggies.

Upon its announcement this game was one of the most appealing from a fan’s perspective with two successful offensive teams and two high profile coaches meeting in a primetime game. North Carolina is not going to have its full complement of stars however with significant opt outs in the days leading up to this game.

The Tar Heels will not have their top three running backs nor their top receiver. That has pushed this line upward, but we’ve seen in recent days that shorthanded squads aren’t necessarily play against teams as Texas delivered a convincing bowl win despite personnel losses and a major line move the other way.

This game features two high profile coaches with a great track record of success, particularly in bowl games. Two star quarterbacks with possible NFL futures will also be on display for an appealing finish to the New Year’s Bowl weekend.

Mack Brown has revived the Tar Heels in his return to Chapel Hill the past two years. The 15-9 record is not overwhelming, but this has been an exciting team that has posted nearly 43 points per game this season.

Brown has won nearly two thirds of his games as a college head coach in nearly 400 games logged. He is 14-8 in bowl games and 13-5 in his last 18 bowl games after a 1-3 start in his career. Last season the Tar Heels put on a show with a 55-13 win in the Military Bowl over Temple.